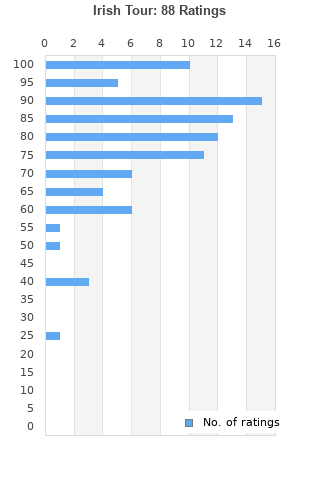 Rory Gallagher - Irish Tour 1974 (Live Recording, 1998)
Condition: Good
Time left: 2d 11h 32m 2s
Ships to: Worldwide
£0.99
Go to store
Product prices and availability are accurate as of the date indicated and are subject to change. Any price and availability information displayed on the linked website at the time of purchase will apply to the purchase of this product.  See full search results on eBay

Irish Tour is ranked as the best album by Rory Gallagher. 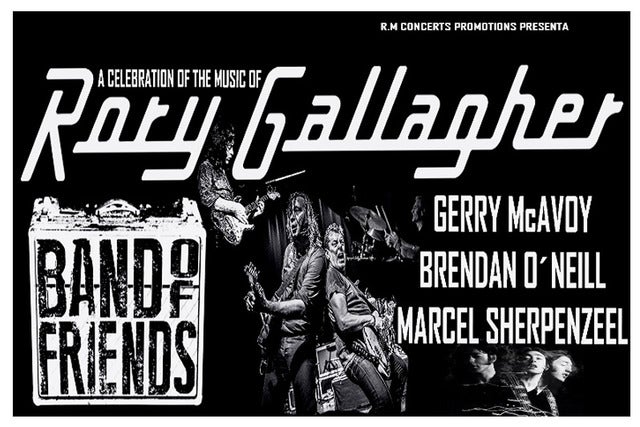 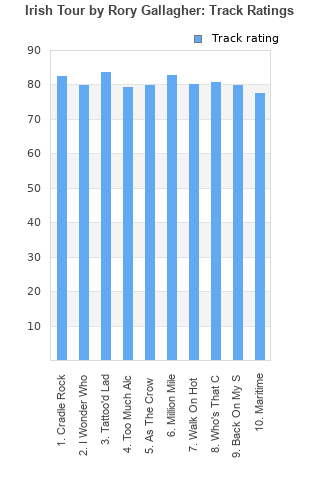 Rating metrics: Outliers can be removed when calculating a mean average to dampen the effects of ratings outside the normal distribution. This figure is provided as the trimmed mean. A high standard deviation can be legitimate, but can sometimes indicate 'gaming' is occurring. Consider a simplified example* of an item receiving ratings of 100, 50, & 0. The mean average rating would be 50. However, ratings of 55, 50 & 45 could also result in the same average. The second average might be more trusted because there is more consensus around a particular rating (a lower deviation).
(*In practice, some albums can have several thousand ratings)
This album is rated in the top 2% of all albums on BestEverAlbums.com. This album has a Bayesian average rating of 79.9/100, a mean average of 80.1/100, and a trimmed mean (excluding outliers) of 80.8/100. The standard deviation for this album is 15.1.

Absolutely jaw-dropping live set. BestEver doesn't have a separate entry for the 40th anniversary edition, but that's the one I mentally put on my all-time-best list, as it restores the songs that were dropped from the original release.

What an absolutely amazing blues rock album this is. The guy sure as hell could play the guitar! Although I have been aware of Rory Gallagher for many years I have only started to get into his work purchasing the vinyl re-issues whenever I come across them. It is no surprise that this is considered his best album, the energy is addictive!

Jason cofused, I read somewhere that Jimi replied:"Dunno, ask Johnny Winter". Hendrix was humble about his own status, but whose name he said, I dunno.

Possibly the greatest live album ever released, the version of Who's That Coming is far better than the studio recording and for me is the high point of the album. This site is missing 2010s Beat Club Sessions which contains a cracking version of messin with the Kid, and is a must for any Rory fan.

In a 1969 interview with Jimi Hendrix he was asked what it felt like to be the greatest guitarist in the world. Jimi replied with "I dunno, ask Rory Gallagher."
This is Rory's greatest live and greatest overall album. The man believed in every note he played. Easily one of the most underrated guitarists of all time. The man was a genius.

Your feedback for Irish Tour