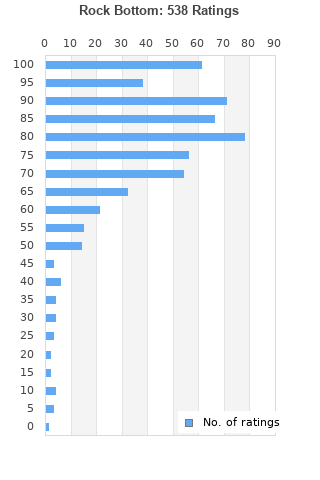 Rock Bottom is ranked as the best album by Robert Wyatt.

One Night of Queen
Vibrant Arena at the Mark (formerly, Moline, United States. 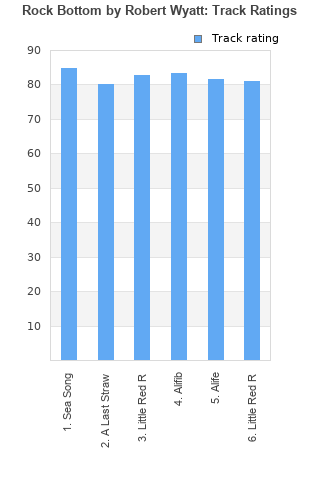 Rating metrics: Outliers can be removed when calculating a mean average to dampen the effects of ratings outside the normal distribution. This figure is provided as the trimmed mean. A high standard deviation can be legitimate, but can sometimes indicate 'gaming' is occurring. Consider a simplified example* of an item receiving ratings of 100, 50, & 0. The mean average rating would be 50. However, ratings of 55, 50 & 45 could also result in the same average. The second average might be more trusted because there is more consensus around a particular rating (a lower deviation).
(*In practice, some albums can have several thousand ratings)
This album is rated in the top 2% of all albums on BestEverAlbums.com. This album has a Bayesian average rating of 78.9/100, a mean average of 77.6/100, and a trimmed mean (excluding outliers) of 79.0/100. The standard deviation for this album is 18.2.

Definitely challenging and weird listen, for me it's instrumentally engaging but vocally offputting. Not something I would often listen to.

This album is very unique and in the very nature of the music this will be a release that you will either love or you will hate. This is due to the strange vocal and instrumentation which Wyatt liked to experiment with at the time creating a sonically diverse album. In my opinion it works very well for most of the record and the performances are just fantastic. We are treated to a wide range of beautiful instruments that all combine together to form this rich soundscape which is led by Wyatt with his vocals. The voice seems to be quite a divisive part of this album but I think it fits the atmosphere and style of music he is going for perfectly. It adds another distinctive character to an album that is already very extraordinary. The two peaks on here are the tracks Sea Song and Little Red Riding Hood Hit The Road with the latter having my favourite instrumental performance on it which is the Trumpets. The music is wonderfully produced as well and there are so many layers to uncover that there is always something new to discover. Overall, I didn't get this album at first but I kept getting drawn back and now I love it and see just how amazing the music is.

I just don’t get the negative comments on here, the emotion of the vocals and the beauty of the thing as a whole is at times overwhelming, take it for what it is and as ‘some’ of you will know the best music is the stuff you have to work at, todays music is throwaway, here today gone tomorrow apart from the odd exception. Robert Wyatt has an absolutely wonderful and unique vocal style, just listen to his version of ‘shipbuilding’ it will change your mind.

Weird stuff. I don't like his voice. Not my cup of tea

If I hadn't known the story behind the album, I would have never been able to guess it by listening to it. Actually, I wouldn't be able to connect this with any particular incident, it is a self luminous experience that comfortably stands on its own.

The music is barely passable but the vocals are really bad.

Wow! I didn't know what to expect for this but it is an amazing album. Full of interesting sonically diverse sounds and music and definitely a child of its time as well as the struggles of the man who created it. Needs more than one listen to get the full effect of it.

Man! This is so strange!

Your feedback for Rock Bottom