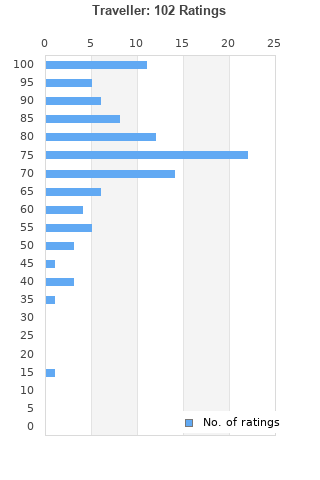 Traveller is ranked as the best album by Chris Stapleton. 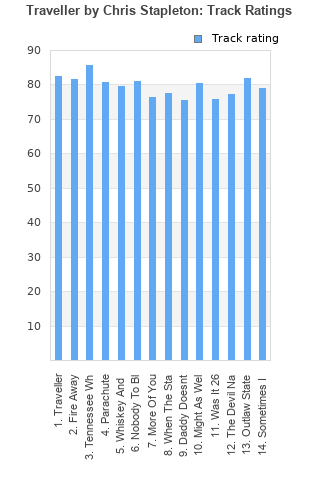 Outliers can be removed when calculating a mean average to dampen the effects of ratings outside the normal distribution. This figure is provided as the trimmed mean. A high standard deviation can be legitimate, but can sometimes indicate 'gaming' is occurring. Consider a simplified example* of an item receiving ratings of 100, 50, & 0. The mean average rating would be 50. However, ratings of 55, 50 & 45 could also result in the same average. The second average might be more trusted because there is more consensus around a particular rating (a lower deviation).
(*In practice, some albums can have several thousand ratings)
This album is rated in the top 13% of albums on BestEverAlbums.com. This album has a mean average rating of 75.0/100. The trimmed mean (excluding outliers) is 75.5/100. The standard deviation for this album is 17.4.

I can detect an artist for miles and miles away, unlike many other fake and capitalist musicians, Chris Stapleton manages to create and maintain the essence that a true artist must have. Fantastic record, wonderful songs!

Yeah definitely quite the debut from a not exactly unseasoned songwriter, doesn't really break any rules or do anything particulary new with the genre, but just really strong traditional-country vibes all around. The slightly more bluesy, jam-session style of the album's ending trifecta of songs give off a nice live feel, and a lot of promise for what may be to come next go-around.

A good, but not great, debut from a veteran songwriter. There's a raw energy to his live performances that gets lost here. However, this is one of the strongest country releases this year and, if nothing else, I am happy to see it getting so much attention in Nashville.

This is a really, really solid debut album from an established Nashville songwriter. The issue is, I think I want to like it more than I actually do.

This album is a step in the right direction in terms of steering the "main stream country music" ship back around. It contains powerful vocals, traditional outlaw instrumentation, even videos surfacing of Bill Murray, fist in the air, enthusiastically singing along. Most importantly the album doesn't feel the need to marginalize, in an effort reach the populous.

Still, there is something that doesn't quite resonate with me, and I fail to ever really connect emotionally. I'd have to do a little research, but I'm sure Stapleton broke the record for most whiskey references in a single album. I think that shallow subject matter, while it makes for a couple good songs, is the reason the album feels a little one dimensional.

That being said, i like the album for what it is, and its head and shoulders above the majority of its contemporaries. There are some really good tracks like "Daddy Doesn't Pray" and "The Devil Named Music" but "Fire Away" is in contention for one of my favorite songs of the year. 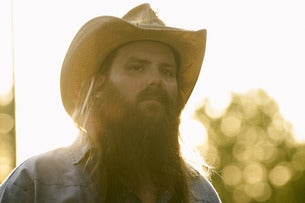 Your feedback for Traveller