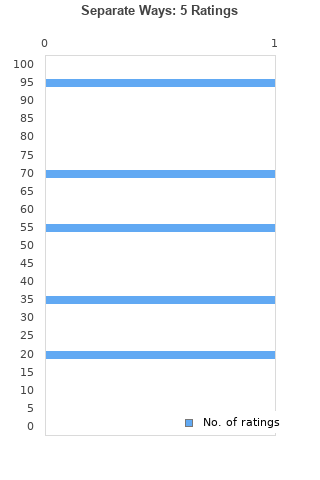 Vintage 1973 vinyl LP - ELVIS PRESLEY - SEPARATE WAYS
Condition: Used
Time left: 5h 37m 58s
Ships to: Worldwide
£3.00
Go to store
Product prices and availability are accurate as of the date indicated and are subject to change. Any price and availability information displayed on the linked website at the time of purchase will apply to the purchase of this product.  See full search results on eBay

Separate Ways is ranked 97th best out of 128 albums by Elvis Presley on BestEverAlbums.com. 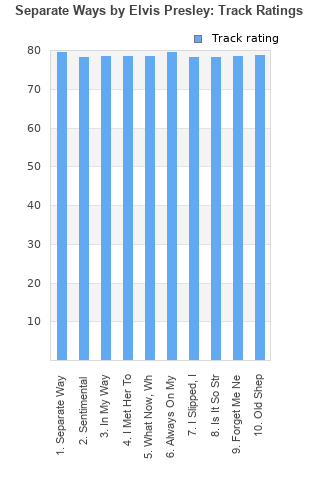 Elvis recorded Always on my mind, separate ways, Where do I go from here, burning love, fool & it's a matter of time between march 27-29, 1972. That could have been a great start for an album. He had recorded My Way in the studio in 1971, that was not yet put out on record. From 1970 he had A hundred years from now & patch it up. Albums were short then, so maybe this could have been enough.

Your feedback for Separate Ways