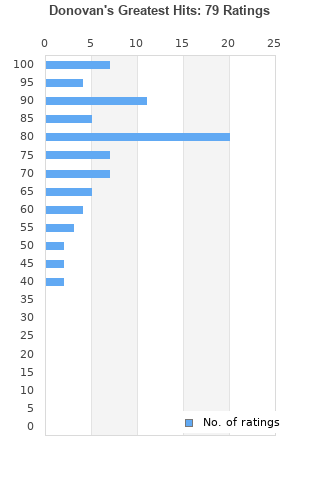 donovans greatest hits cd
Condition: Very Good
Time left: 17h 7m 19s
Ships to: Worldwide
£1.50
Go to store
Product prices and availability are accurate as of the date indicated and are subject to change. Any price and availability information displayed on the linked website at the time of purchase will apply to the purchase of this product.  See full search results on eBay

Donovan's Greatest Hits is ranked 4th best out of 32 albums by Donovan on BestEverAlbums.com.

The best album by Donovan is Sunshine Superman which is ranked number 1591 in the list of all-time albums with a total rank score of 1,084. 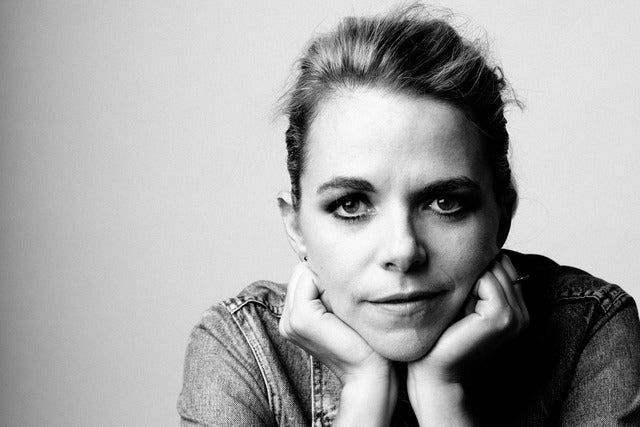 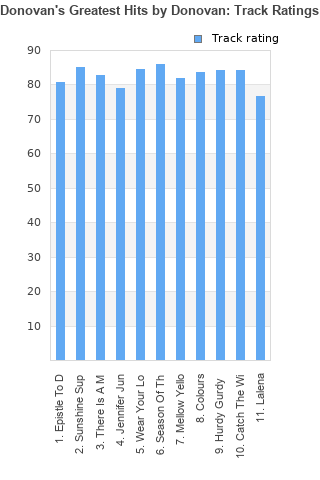 Rating metrics: Outliers can be removed when calculating a mean average to dampen the effects of ratings outside the normal distribution. This figure is provided as the trimmed mean. A high standard deviation can be legitimate, but can sometimes indicate 'gaming' is occurring. Consider a simplified example* of an item receiving ratings of 100, 50, & 0. The mean average rating would be 50. However, ratings of 55, 50 & 45 could also result in the same average. The second average might be more trusted because there is more consensus around a particular rating (a lower deviation).
(*In practice, some albums can have several thousand ratings)
This album is rated in the top 4% of all albums on BestEverAlbums.com. This album has a Bayesian average rating of 77.3/100, a mean average of 78.0/100, and a trimmed mean (excluding outliers) of 78.0/100. The standard deviation for this album is 14.5.

I was so into Donovan as a kid...My first "adult" record was "sunshine superman", his first big hit..summer of '66, I was 11 yo. So magical. I loved all of his songs...especially "wear your love like heaven. I still have the 45 in its original picture sleeve. To give you an idea of how much variety there was on the radio in the 60s, this is the top 100 singles the week that "sunshine superman was #1.

Side one of this fine record (Epistle to Dippie, Sunshine Superman, There Is A Mountain, Jennifer Juniper, Wear Your Love Like Heaven, Season of the Witch) is my favorite LP side of all time.
It's amazing to me that 3/4 of the comments before mine are more concerned with the side men on 1 track than letting fellow BEA-ers know about the record.

This is a great compilation from the pre-eminent psychedelic troubadour. The material is fun, intelligent and trippy. My only complaint is some of my favorite songs where not included on this record.

Eddie Kramer, 2000: "I worked with Page at Olympic on 'Hurdy Gurdy Man' by Donovan" (in 2005 Kramer added that Page was brought in to overdub lead guitar)

John Paul Jones, 2002: "No it wasn't Jimmy. It was me, Alan Parker on guitar, and Clem Cattini on drums. Donovan played acoustic guitar. I booked the session."

John Paul Jones, 2005: "I would like to confirm that the musicians on the record were as follows: Donovan, Accoustic Guitar; John Paul Jones, Arrangement/Musical Director and Bass Guitar; Alan Parker, Lead (electric) Guitar; Clem Cattini, Drums. No other musicians were involved in this session."

Donovan has been known to stretch the truth to satisfy his own ego...I saw the Donovan documentary and what he says is bulls**t....google 'Hurdy Gurdy Man' wiki.

Led Zepellin was the backup band(except Robert Plant of course) for "Hurdy Gurdy Man"..I found that info in a "45" retail value book ( for instance, " I stand accused" by jerry butler with a picture sleeve was worth $25)It listed the value of every 45 ever made plus the people who played on the record. I can't remember the name of the book. It was in a 45 shop that only sold old original singles. The owner had it behind the counter and let me look through it.

Your feedback for Donovan's Greatest Hits