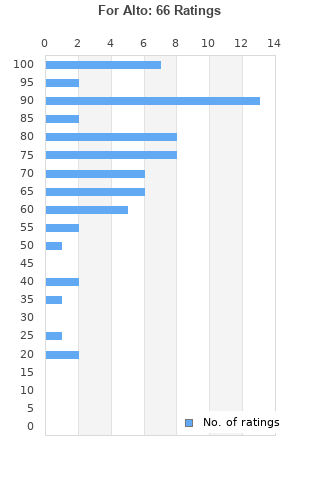 ANTHONY BRAXTON - For Alto - CD - **Excellent Condition** - RARE
Condition: Very Good
Time left: 23d 13h 6m 19s
Ships to: Worldwide
$56.75
Go to store
Product prices and availability are accurate as of the date indicated and are subject to change. Any price and availability information displayed on the linked website at the time of purchase will apply to the purchase of this product.  See full search results on eBay

For Alto is ranked as the best album by Anthony Braxton. 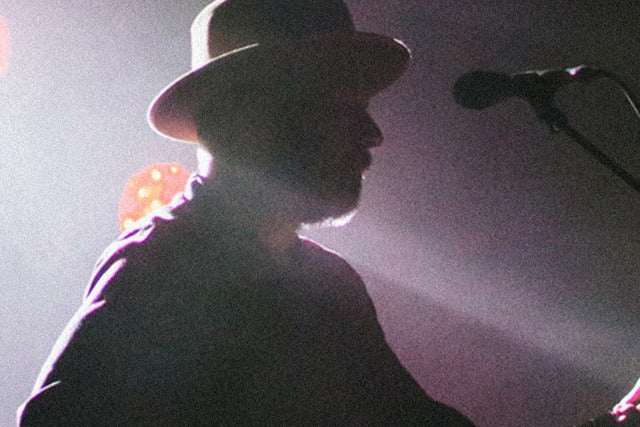 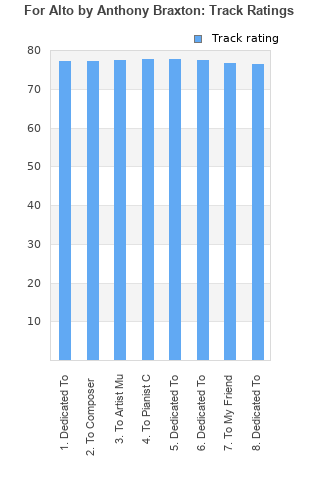 Rating metrics: Outliers can be removed when calculating a mean average to dampen the effects of ratings outside the normal distribution. This figure is provided as the trimmed mean. A high standard deviation can be legitimate, but can sometimes indicate 'gaming' is occurring. Consider a simplified example* of an item receiving ratings of 100, 50, & 0. The mean average rating would be 50. However, ratings of 55, 50 & 45 could also result in the same average. The second average might be more trusted because there is more consensus around a particular rating (a lower deviation).
(*In practice, some albums can have several thousand ratings)
This album is rated in the top 12% of all albums on BestEverAlbums.com. This album has a Bayesian average rating of 75.5/100, a mean average of 75.8/100, and a trimmed mean (excluding outliers) of 75.8/100. The standard deviation for this album is 19.8.

If this was released today, the atonal avant-garde aspects of jazz might not be where they are. Ridiculous statement.

This is a classic. Heck off.

Yeah...no. I will admit that there are a few tracks I do like off this album. The intro for Jack Gell was a nice interlude intro. Also love the hell out of Susan Axelrod. Probably the best track that plays to the strengths of the qualities this album has. Also thought Murray De Pillars was also good. Now I do admire how this album is quite raw and naked where it's only Anthony. It does create an interesting presence. And though I'm not head over heels for Ann and Peter Allen that track feels like the prototype for lowercase music.

But even when I do have some nice things to say, I don't like the album at all. The Cecil track is oddly enough the only track that I forgot. Weirdly enough it just went in one ear and out the other. However tracks 2, 7 and 8 are so annoying to me. The qualities of being raw and naked just become this weird form of punishment where if this was release this decade, people would make fun of this shit instantly. And unlike Karma or The Epic where I do like how the atonal qualities of the sax create an interesting counterpoint, this is just work.

I'm a passionate defender of the avant-garde, and I never thought I'd say this, but there are moments where the screeching noises on this album make it hard for me to listen to. The rest of the album sortof makes up for it, but Saxophone Improvisations is a similar type of solo sax album from Braxton, and is a far better album. I'd like For Alto a lot better if I didn't have Saxophone Improvisations to listen to instead.

Your feedback for For Alto