Rammstein (Untitled) is ranked 6th best out of 15 albums by Rammstein on BestEverAlbums.com.

The best album by Rammstein is Mutter which is ranked number 1846 in the list of all-time albums with a total rank score of 922. 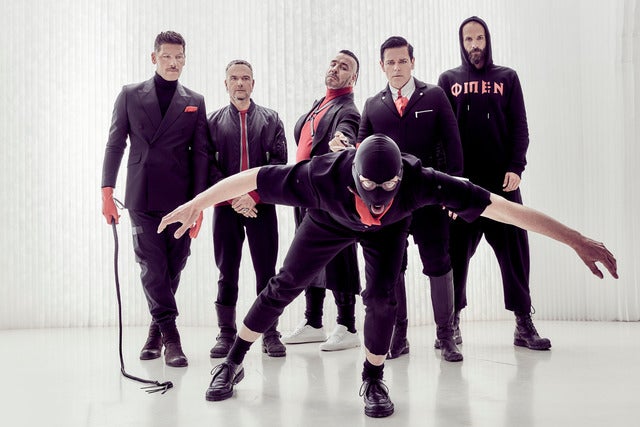 Rating metrics: Outliers can be removed when calculating a mean average to dampen the effects of ratings outside the normal distribution. This figure is provided as the trimmed mean. A high standard deviation can be legitimate, but can sometimes indicate 'gaming' is occurring. Consider a simplified example* of an item receiving ratings of 100, 50, & 0. The mean average rating would be 50. However, ratings of 55, 50 & 45 could also result in the same average. The second average might be more trusted because there is more consensus around a particular rating (a lower deviation).
(*In practice, some albums can have several thousand ratings)
This album has a Bayesian average rating of 70.6/100, a mean average of 68.9/100, and a trimmed mean (excluding outliers) of 70.3/100. The standard deviation for this album is 16.2.

Not my kind of metal. Some of the riffs are super crunchy

"Rammstein" is the seventh studio album of the only band in the world able to federating a huge hype in an other language than English. For their first album in ten years, Rammstein has clearly opted for the safety: even if it is impossible to be disappointed if you like the band, this eponymous record takes no risk and just distill the essence of the band in a conservative way. This new Rammstein will still fill the feeling of lack caused by a decade of absence. The Germans had a very good idea by proposing "Deutschland" and "Radio", the two strongest tracks of the album, as singles: the wait was huge, and if it's hard to say that I I'm disappointed, I come out with the impression that this new album do the minimum.

Your feedback for Rammstein (Untitled)