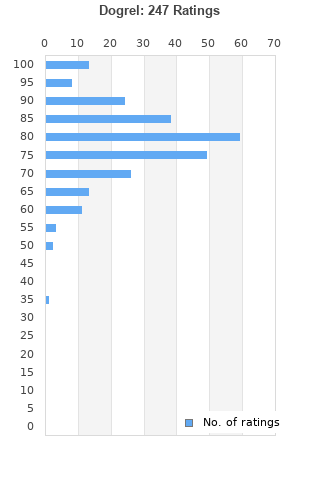 Dogrel is ranked as the best album by Fontaines D.C.. 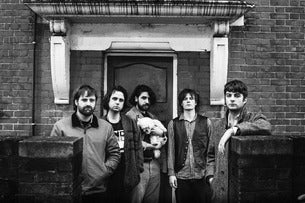 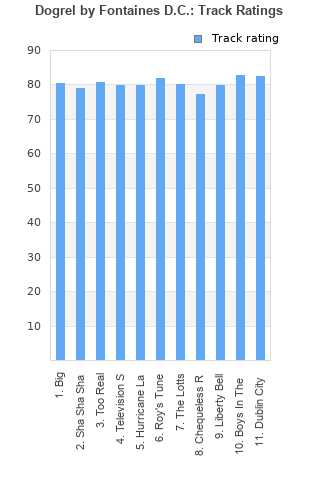 Rating metrics: Outliers can be removed when calculating a mean average to dampen the effects of ratings outside the normal distribution. This figure is provided as the trimmed mean. A high standard deviation can be legitimate, but can sometimes indicate 'gaming' is occurring. Consider a simplified example* of an item receiving ratings of 100, 50, & 0. The mean average rating would be 50. However, ratings of 55, 50 & 45 could also result in the same average. The second average might be more trusted because there is more consensus around a particular rating (a lower deviation).
(*In practice, some albums can have several thousand ratings)
This album is rated in the top 2% of all albums on BestEverAlbums.com. This album has a Bayesian average rating of 78.6/100, a mean average of 78.7/100, and a trimmed mean (excluding outliers) of 78.9/100. The standard deviation for this album is 10.4.

This album has made me deeply nostalgic for Dublin during lockdown. Smart, fun, emotionally affecting songwriting that is highly evocative of time and place. Cracking.

Not bad for a debut album. Hope the best is yet to come from this boys.

An impressive debut. Consistently good and polished. Occasionally some parts are drier than others but nothing less than acceptable music throughout.

I have the feeling this album this album comes a bit late, like it would have been more important if it had been released on the previous decade. Nevertheless, it's a good collection of enjoyable garage/punk songs and a solid debut. I'm curious about how they evolve after this.

This album gets better with each song. It starts off strong but at the start of Roy's Tune you know you're listening to something special. The last three songs are really great and closes with Dublin City Sky which is certainly a song of the year contender. Overall, a terrific debut.

Great debut! I'm really curious about how this band's sound will evolve in the future.

As far as debuts go this ones a beauty

I love albums and groups who name check their home land and FONTAINES D.C deliver in spades putting the listener right in the heart of Dublin full of characters , beer , fighting and cigarettes

The best is kept for last with the simply stunning closer "Dublin City Sky" described perfectly by All Music User Kernan Andrews on April 11, 2019 thus:

"IMAGINE A song which sounds as though it were written by Shane McGowan, but performed by The Velvet Underground. That song is 'Dublin City Sky', the closing track on Fontaines D.C.'s debut album"

Your feedback for Dogrel