As Days Get Dark (studio album) by Arab Strap 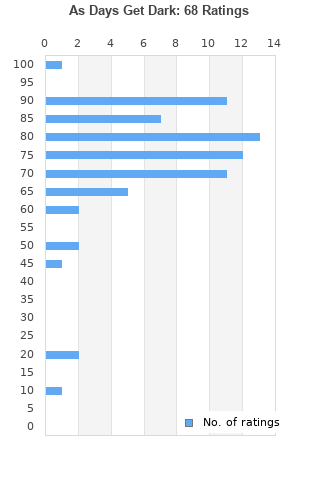 As Days Get Dark is ranked as the best album by Arab Strap. 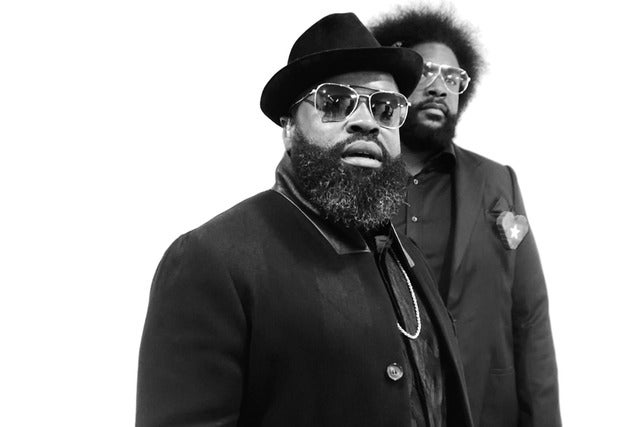 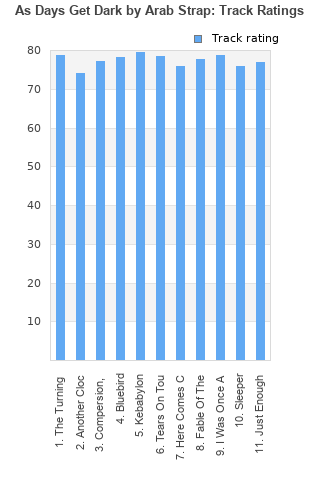 As Days Get Dark rankings

As Days Get Dark collection

As Days Get Dark ratings

Rating metrics: Outliers can be removed when calculating a mean average to dampen the effects of ratings outside the normal distribution. This figure is provided as the trimmed mean. A high standard deviation can be legitimate, but can sometimes indicate 'gaming' is occurring. Consider a simplified example* of an item receiving ratings of 100, 50, & 0. The mean average rating would be 50. However, ratings of 55, 50 & 45 could also result in the same average. The second average might be more trusted because there is more consensus around a particular rating (a lower deviation).
(*In practice, some albums can have several thousand ratings)
This album is rated in the top 6% of all albums on BestEverAlbums.com. This album has a Bayesian average rating of 76.4/100, a mean average of 75.2/100, and a trimmed mean (excluding outliers) of 76.9/100. The standard deviation for this album is 14.4.

As Days Get Dark favourites

As Days Get Dark comments

The sound of Sebastian’s sister - Belle - having spent the past 16 years turning tables round in Marks & Spencer’s, whilst taking a feel off Joe the storeman.

(This is an awe-inspiring return by this duo after 16 years of no LPs released. Perhaps the darkest and most hopeless album I've heard this year - I suppose it helps that I can't understand the words in the new Knoll and Ad Nauseam and other death/grind albums - and also one of the better and more lovingly produced and detailed pop albums of the year as well.)

This is one of the darkest and most hopeless and nihilistic albums I've heard in a long time, maybe ever. I wasn't expecting this level of brutal verbal destruction. It is amazing if you are in the mood for an album that strips away all the false covers and veneers of life to reveal the disgusting underbelly. When I first heard the album I wasn't in the mood for such a gloomy listen. Still respected the hell out of the spoken word poetry and the detailed electronic arrangements and tracks. But yeah it put me off how unrelenting the mood was. Today I listened a couple more times and I was way more invested. Maybe that has to do with my somewhat more dark mood, maybe its just a nice change of pace from the more level-headed, stoic messages of recent albums I've heard. Anyway, the point is, this album is a dark and harsh listen thematically and lush and beautiful musically.

All throughout the album behind the captivating performances of Aidan Moffat and Malcolm Middleton, there are gorgeous, detailed and lush touches musically, melodies and excellent guitar lines and heartfelt indietronica tracks, and these swelling chamber pop moments and all kinds of beautiful musical moments. These well executed sounds and tracks make the vocals and the lyrics all the more ear-catching and intense. There is a very nice way they play off each other.

There isn't a bad track, I almost hate saying that cuz it sounds so basic. But yeah, fuck it, there aren't any tracks that I wanted to skip or felt was half baked. The consistency of the album is impressive. The way the album kicks off is awesome, with "The Turning of our Bones" being one of the most inspired and impressive opening tracks I've heard in awhile. That opening blast of desperate, poetic, hopelessness, is followed up by equally engaging "Another Clockwork Day", "Compersion Pt 1" and "Bluebird". The middle of the album keeps it strong, goes down little byways of musical expression. Then the last 3 tracks are all just as excellent and brutal with the 1-2-3 punch of ""I Was Once A Weak Man", "Sleeper", and the closer "Just Enough".

This is a hard album to rank. I think this is one of the better produced and executed albums this year. But it makes me feel, at times, a bit empty and hopeless. Quality-wise its tops, I probably will rank it a little lower than the quality would suggest, but not too much. And I suspect this will be one of those albums that I look at and I see its placement throughout the year and I move up incrementally. Not sure. All I know is it is indeed an excellent album and an amazing way to come back after 15 years away.

Your feedback for As Days Get Dark