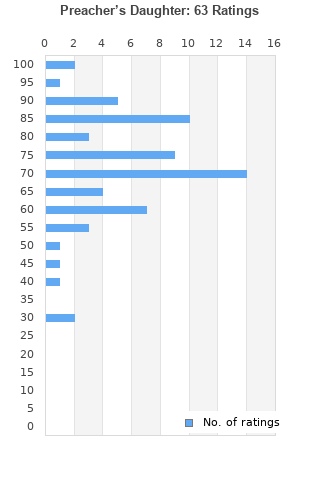 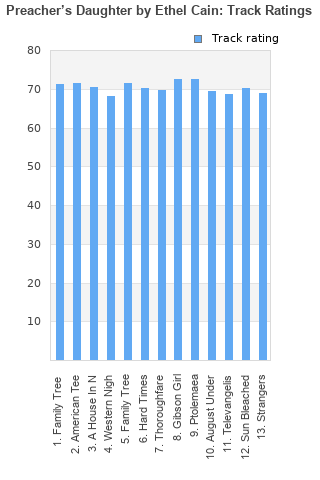 This album is absolutely stellar, I had never heard of Cain before this but Preacher’s Daughter blew me away. She’s one to watch, keep a close eye on her.

This wants to be something more than it is. It's steeped in aesthetic suggestion of something dark, something sinister, something lying beneath the surface under the white lace. Alas and alack if there's in fact some deeper truth or horror or horror-truth hidden under there, Cain hasn't the faintest idea what it is. Strangers has a nice build and payoff, but almost everything else on the album is just cringe overproduced sanitised radio-pop. That is except for the triptych of songs beginning with Ptolemaea. Those three suggest something *is* actually happening deeper within this album at a narrative/thematic level. However, once you emerge from the piano instrumental Televangelism – waiting for something to hit – you just get Sun Bleached Flies, which is a garbage song that just pretends you went on some odd detour off the road and into the dark forest – "but don't worry, you're back on the 5 lane mega-freeway and the FM radio is crisp again, let's forget what just happened!" In reality the "weird songs" were just placed where they are because that's where you put the "weird songs" in an album nowadays. It's the pop formula tolerating a bit of contained experimentation, because the thought of that sells now. I hated American Teenager.

Your feedback for Preacher’s Daughter