Live At The BBC (live compilation album) by The Beatles 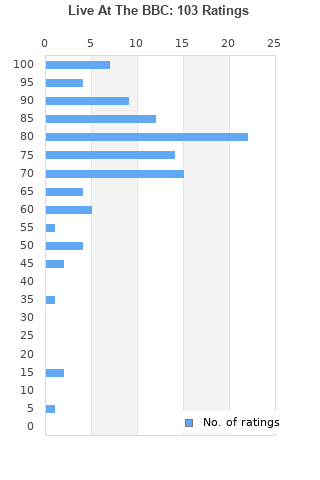 Live At The BBC is ranked 31st best out of 65 albums by The Beatles on BestEverAlbums.com.

The best album by The Beatles is Abbey Road which is ranked number 3 in the list of all-time albums with a total rank score of 78,031.

The Rock and Roll Playhouse plays the Music of The Beatles for Kids + More
Brooklyn Bowl, Brooklyn, United States. 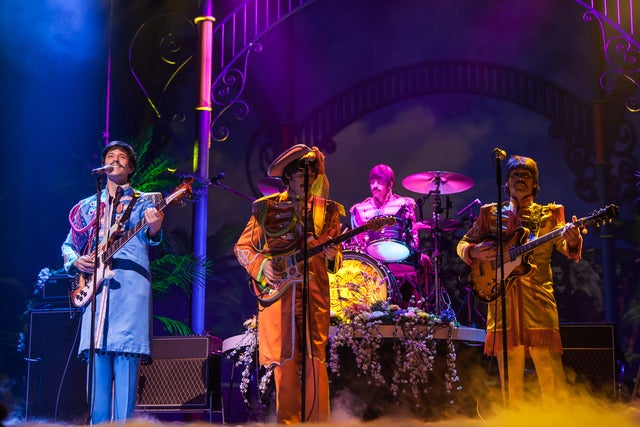 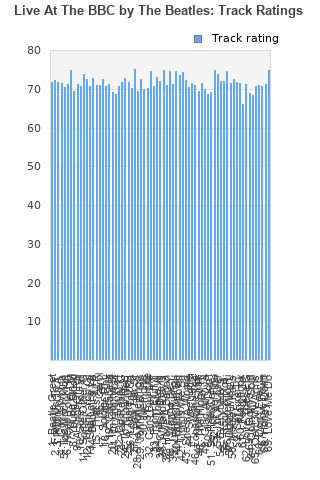 Live At The BBC rankings

Live At The BBC collection

Live At The BBC ratings

Rating metrics: Outliers can be removed when calculating a mean average to dampen the effects of ratings outside the normal distribution. This figure is provided as the trimmed mean. A high standard deviation can be legitimate, but can sometimes indicate 'gaming' is occurring. Consider a simplified example* of an item receiving ratings of 100, 50, & 0. The mean average rating would be 50. However, ratings of 55, 50 & 45 could also result in the same average. The second average might be more trusted because there is more consensus around a particular rating (a lower deviation).
(*In practice, some albums can have several thousand ratings)
This album is rated in the top 3% of all albums on BestEverAlbums.com. This album has a Bayesian average rating of 77.8/100, a mean average of 76.3/100, and a trimmed mean (excluding outliers) of 78.3/100. The standard deviation for this album is 17.6.

Live At The BBC favourites

Live At The BBC comments

Great collection of some of their best performances at BBC.

Superb glimpse of The Beatles' talent before Sgt. Pepper and beyond, as songwriters, musicians, and personalities. For someone like me, who prefers the energy of the early years, this is a treasure trove of songs that you won't find on any other album. If you find this to your liking, there's a 10 disc box set available that contains every BBC recording known to still exist.

Your feedback for Live At The BBC