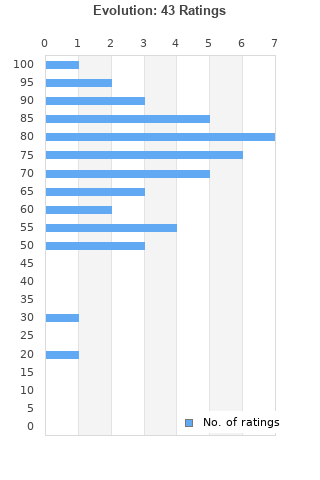 Evolution is ranked as the best album by Grachan Moncur III. 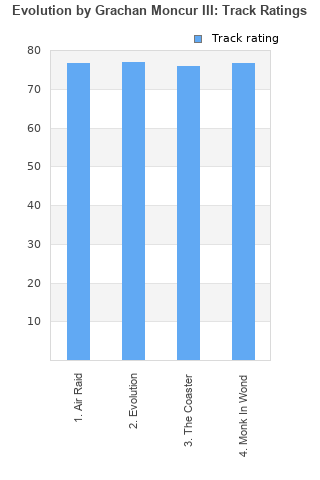 Rating metrics: Outliers can be removed when calculating a mean average to dampen the effects of ratings outside the normal distribution. This figure is provided as the trimmed mean. A high standard deviation can be legitimate, but can sometimes indicate 'gaming' is occurring. Consider a simplified example* of an item receiving ratings of 100, 50, & 0. The mean average rating would be 50. However, ratings of 55, 50 & 45 could also result in the same average. The second average might be more trusted because there is more consensus around a particular rating (a lower deviation).
(*In practice, some albums can have several thousand ratings)
This album has a Bayesian average rating of 72.8/100, a mean average of 71.5/100, and a trimmed mean (excluding outliers) of 72.8/100. The standard deviation for this album is 16.7.

The most forgotten, overlooked album in Jazz. This album is an absolute masterpiece. Tony Williams, Jackie McLean, Lee Morgan, Bobby Hutcherson, and Grachan. I'm forgetting the bassist name. This is on my top 4 all time jazz albums, and I'm not alone in my adoration. The new thing that a few artists were putting out there in the 60's was the pinnacle of modern jazz. This album is the type-genus of the period. Not Out to Lunch, nor Ornett's great stuff. This, and Destination Out, Let Freedom Ring, were the three great albums by Hutcherson-McClean-Moncur, but this smokes them all. Only Miles Smiles, and Empyrean Isles meets its depth and freshness, over 50 years later.

Your feedback for Evolution