Until All The Ghosts Are Gone (studio album) by Anekdoten 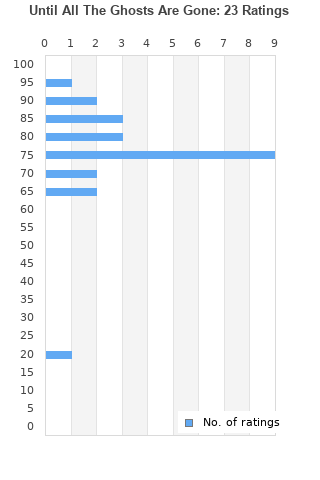 UNTIL ALL THE GHOSTS ARE GONE - ANEKDOTEN
Condition: New
$33.96

Until All The Ghosts Are Gone is ranked 4th best out of 8 albums by Anekdoten on BestEverAlbums.com.

The best album by Anekdoten is Gravity which is ranked number 8530 in the list of all-time albums with a total rank score of 139.

Tickets from Ticketmaster Get tickets
May
26
Thu
21:00 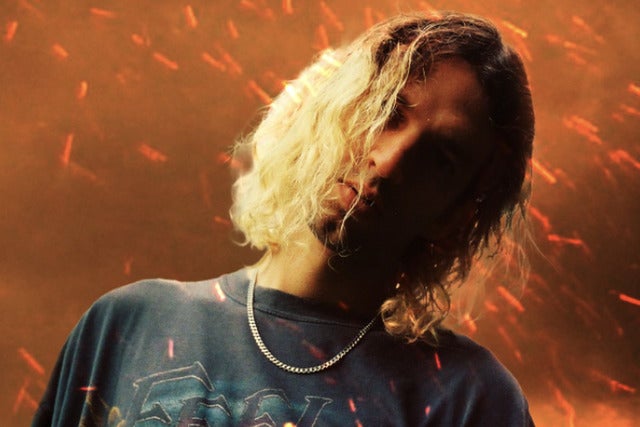 Listen to Until All The Ghosts Are Gone on YouTube 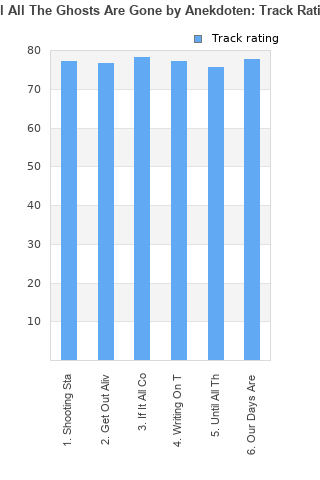 Until All The Ghosts Are Gone rankings

Until All The Ghosts Are Gone collection

Until All The Ghosts Are Gone ratings

Rating metrics: Outliers can be removed when calculating a mean average to dampen the effects of ratings outside the normal distribution. This figure is provided as the trimmed mean. A high standard deviation can be legitimate, but can sometimes indicate 'gaming' is occurring. Consider a simplified example* of an item receiving ratings of 100, 50, & 0. The mean average rating would be 50. However, ratings of 55, 50 & 45 could also result in the same average. The second average might be more trusted because there is more consensus around a particular rating (a lower deviation).
(*In practice, some albums can have several thousand ratings)
This album is rated in the top 4% of all albums on BestEverAlbums.com. This album has a Bayesian average rating of 77.3/100, a mean average of 76.7/100, and a trimmed mean (excluding outliers) of 79.5/100. The standard deviation for this album is 14.3.

Until All The Ghosts Are Gone favourites

Until All The Ghosts Are Gone comments

Their best album yet!

A very impressive 5th place in my albums of the year list 2015.

1. Riverside - Love, fear and the time machine
2. Steven Wilson - HAND. CANNOT. ERASE.
3.The Decemberists - What a terrible world. what a beautiful world
4. Sanguine Hum - Now we have light
5. Anekdoten - Until all the ghosts are gone/

in addition here are 15 more albums that require a honourable mention.

This album was recommended to me by two friends independently, and I'm glad it was. I'm not familiar with the rest of their back catalogue, but I intend to find out

Your feedback for Until All The Ghosts Are Gone