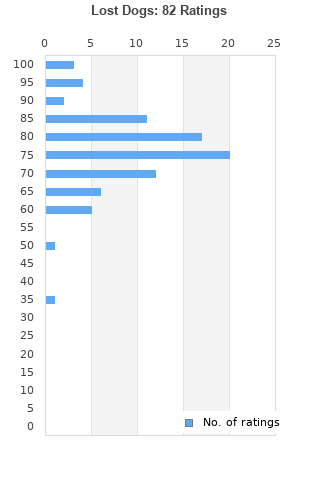 PEARL JAM: LOST DOGS - 2 CDs
Condition: Good
Time left: 6h 23m 33s
Ships to: Worldwide
$10.95
Go to store
Product prices and availability are accurate as of the date indicated and are subject to change. Any price and availability information displayed on the linked website at the time of purchase will apply to the purchase of this product.  See full search results on eBay

Lost Dogs is ranked 15th best out of 80 albums by Pearl Jam on BestEverAlbums.com.

The best album by Pearl Jam is Ten which is ranked number 51 in the list of all-time albums with a total rank score of 23,729. 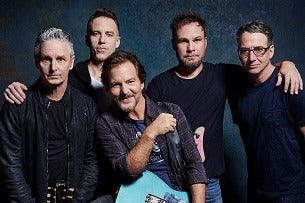 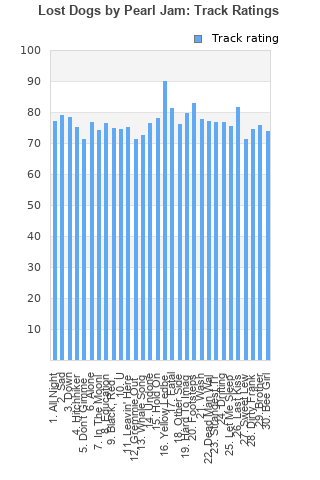 Rating metrics: Outliers can be removed when calculating a mean average to dampen the effects of ratings outside the normal distribution. This figure is provided as the trimmed mean. A high standard deviation can be legitimate, but can sometimes indicate 'gaming' is occurring. Consider a simplified example* of an item receiving ratings of 100, 50, & 0. The mean average rating would be 50. However, ratings of 55, 50 & 45 could also result in the same average. The second average might be more trusted because there is more consensus around a particular rating (a lower deviation).
(*In practice, some albums can have several thousand ratings)
This album is rated in the top 5% of all albums on BestEverAlbums.com. This album has a Bayesian average rating of 76.9/100, a mean average of 76.8/100, and a trimmed mean (excluding outliers) of 77.3/100. The standard deviation for this album is 10.8.

Probably 10 excellent songs that could have made up a single album. The upside of having a bunch of subpar tracks interspersed with the forgotten classics is that we can be reasonably sure there's not much left in the vault. Yellow Ledbetter is one of the best PJ songs of all time. Other highlights: Sad, Down, Fatal, 4/20/02 (the hidden track after Bee Girl)

A lot of filler, but some real gems amongst them.

The quality of the material here is very impressive of a double album of outtakes. Can't think of any other band that could do this. Just goes to show that PJ is the best band of the last 30 years.

Even a hardcore fan will find a TON of new material here. Most of it's not that good though.

While its understandable why a good chunk of these were b sides, there's a good 10 or so songs that are superb and album worthy to say the least.

Your feedback for Lost Dogs