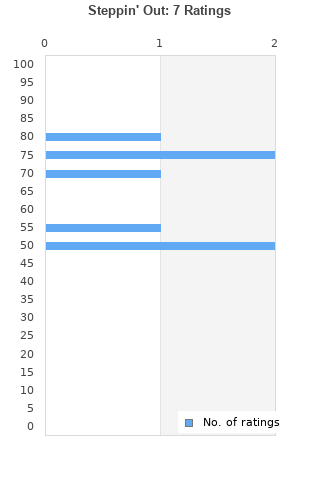 Joan Armatrading "Steppin' Out" LP
Condition: Used
Time left: 1d 4h 37m 59s
Ships to: Worldwide
£9.95
Go to store
Product prices and availability are accurate as of the date indicated and are subject to change. Any price and availability information displayed on the linked website at the time of purchase will apply to the purchase of this product.  See full search results on eBay

Steppin' Out is ranked 18th best out of 26 albums by Joan Armatrading on BestEverAlbums.com. 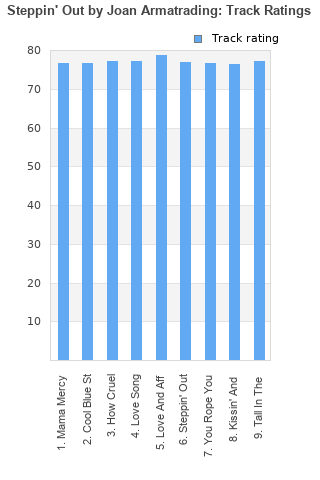 Joan Armatrading caught live at the end of the 70's great live sound and her voice is terrific. How Cruel, Love Song, Love & Affection & Tall In the Saddle are the Highlights but a good overall album would have liked it better if it contained Down To Zero & Willow which were part of her set at that time but vinyl only allows 22 mins per side.

Your feedback for Steppin' Out