The Traveling Wilburys is ranked number 711 in the overall artist rankings with a total rank score of 2,418.

THE TRAVELING WILBURYS - VOL 1 (CASSETTE 1988) 10 Tracks DYLAN HARRISON ORBISON
Condition: Very Good
Time left: 2h 31m 36s
Ships to: Worldwide
£5.99
Go to store
Product prices and availability are accurate as of the date indicated and are subject to change. Any price and availability information displayed on the linked website at the time of purchase will apply to the purchase of this product.  See full search results on eBay 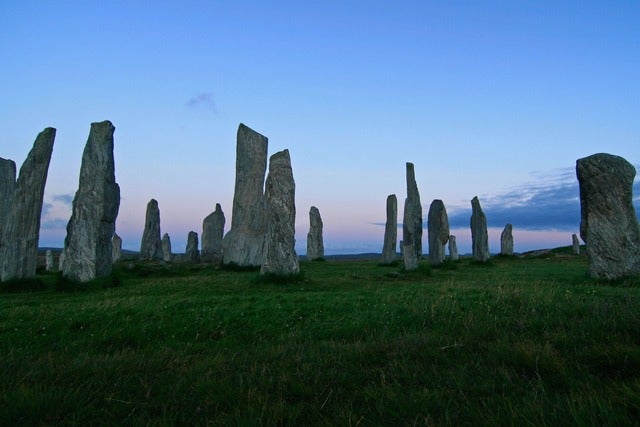 The following albums by The Traveling Wilburys are ranked highest in the greatest album charts:

This may not be a complete discography for The Traveling Wilburys.This listing only shows those albums by this artist that appear in at least one chart on this site. If an album is 'missing' that you think deserves to be here, you can include it in your own chart from the My Charts page!

0
(from the album The Traveling Wilburys, Vol. 3)
Show more
N.B. Tracks must have received at least 3 ratings to appear in the above list. 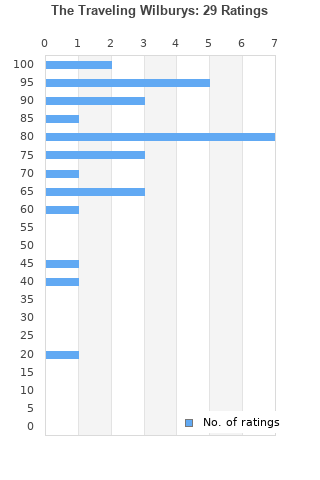 Rating metrics: Outliers can be removed when calculating a mean average to dampen the effects of ratings outside the normal distribution. This figure is provided as the trimmed mean. A high standard deviation can be legitimate, but can sometimes indicate 'gaming' is occurring. Consider a simplified example* of an item receiving ratings of 100, 50, & 0. The mean average rating would be 50. However, ratings of 55, 50 & 45 could also result in the same average. The second average might be more trusted because there is more consensus around a particular rating (a lower deviation).
(*In practice, some artists can have several thousand ratings)
This artist is rated in the top 25% of all artists on BestEverAlbums.com. This artist has a Bayesian average rating of 76.2/100, a mean average of 76.7/100, and a trimmed mean (excluding outliers) of 76.7/100. The standard deviation for this artist is 19.0.

First outing was fun and some great tunes, undeniably so. Second outing was Dylan dominated and lost its authenticity for me and the song standards were frankly lower. Not alone anymore is a great mournful song beautifully sung by Roy

Nothing they did was new or interesting, nor did it bother to combine strengths. Given that they are mostly mediocre vocalists, this isn't surprising.

What fun. These guys sound like a bunch of icons with nothing to prove, getting together and cranking out a few good-time folky rock tunes. As good as anything they were creating as individuals at the time. RIP Roy Orbison - it would have been great to keep this experiment up.

Your feedback for The Traveling Wilburys