Year Of The Black Rainbow (studio album) by Coheed And Cambria 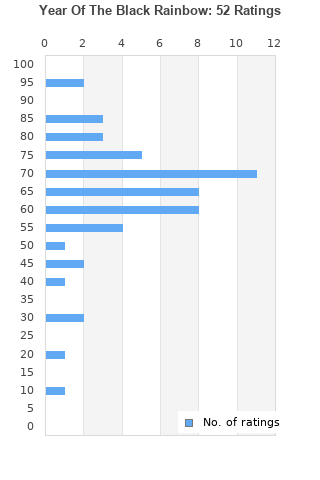 Coheed and Cambria : Year of the Black Rainbow CD Album with DVD 2 discs (2010)
Condition: Very Good
Time left: 11h 52m 12s
Ships to: Worldwide
£3.08
Go to store
Product prices and availability are accurate as of the date indicated and are subject to change. Any price and availability information displayed on the linked website at the time of purchase will apply to the purchase of this product.  See full search results on eBay

Year Of The Black Rainbow is ranked 5th best out of 9 albums by Coheed And Cambria on BestEverAlbums.com.

The best album by Coheed And Cambria is Good Apollo, I'm Burning Star IV, Volume One: From Fear Through The Eyes Of Madness which is ranked number 3157 in the list of all-time albums with a total rank score of 471.

Tickets from Ticketmaster Get tickets
May
03
Mon
21:30 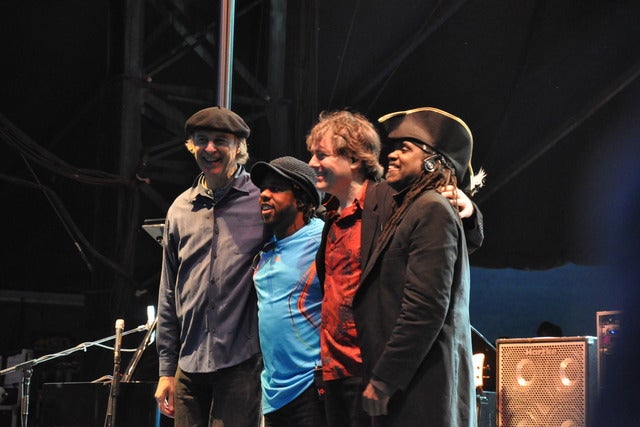 Listen to Year Of The Black Rainbow on YouTube 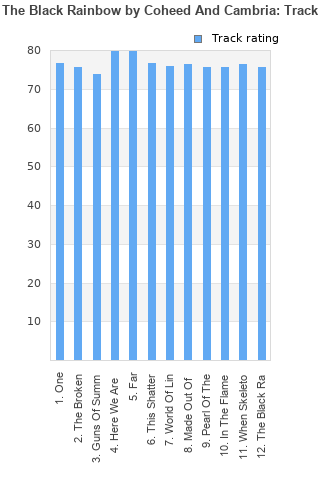 Year Of The Black Rainbow rankings

Year Of The Black Rainbow collection

Year Of The Black Rainbow ratings

Rating metrics: Outliers can be removed when calculating a mean average to dampen the effects of ratings outside the normal distribution. This figure is provided as the trimmed mean. A high standard deviation can be legitimate, but can sometimes indicate 'gaming' is occurring. Consider a simplified example* of an item receiving ratings of 100, 50, & 0. The mean average rating would be 50. However, ratings of 55, 50 & 45 could also result in the same average. The second average might be more trusted because there is more consensus around a particular rating (a lower deviation).
(*In practice, some albums can have several thousand ratings)
This album has a Bayesian average rating of 67.0/100, a mean average of 64.7/100, and a trimmed mean (excluding outliers) of 65.8/100. The standard deviation for this album is 16.1.

Year Of The Black Rainbow favourites

Year Of The Black Rainbow comments

"multi album concept" being some ridiculously overblown, generic story taken from a comic book that one of the band members writes. that has a possessed bicycle in it. basically what they did is they jumped the shark on album 3, LOL.

Obvious musical talent, yet I can't get into this vocal style... like at all.

This was the album that got me into this band. I had heard their earlier stuff and just couldn't get into the sound. They had a different producer for this one and (to some controversy) he heavily tweaked their sound. On this album, and all that follow it, the band sounds huge. I know this upset purists, but this is a band that deserves to sound big!

It also warrants mention that this is but one of several entries in a multi-album concept. The scope of this band's work is unprecedented.

LIstened to this and it has a sound that is polished, as if it was going to be the big one. No super weak tracks, but their sound begs for a huge song and it just doesn't happen. I'm not likely to ever play it again. Even though its good...just not interesting.

Your feedback for Year Of The Black Rainbow