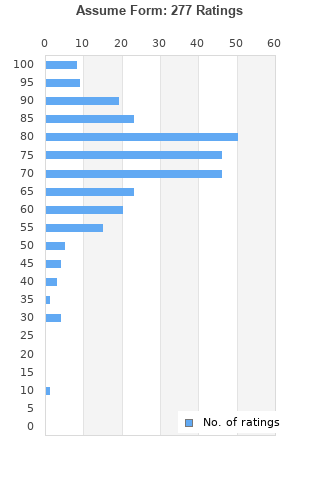 Assume Form is ranked 3rd best out of 9 albums by James Blake on BestEverAlbums.com.

The best album by James Blake is James Blake which is ranked number 745 in the list of all-time albums with a total rank score of 2,498. 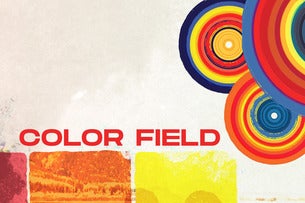 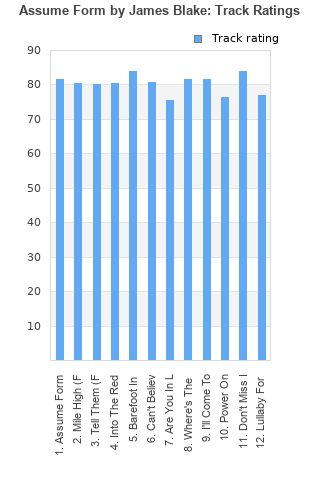 Rating metrics: Outliers can be removed when calculating a mean average to dampen the effects of ratings outside the normal distribution. This figure is provided as the trimmed mean. A high standard deviation can be legitimate, but can sometimes indicate 'gaming' is occurring. Consider a simplified example* of an item receiving ratings of 100, 50, & 0. The mean average rating would be 50. However, ratings of 55, 50 & 45 could also result in the same average. The second average might be more trusted because there is more consensus around a particular rating (a lower deviation).
(*In practice, some albums can have several thousand ratings)
This album has a Bayesian average rating of 74.1/100, a mean average of 73.3/100, and a trimmed mean (excluding outliers) of 74.2/100. The standard deviation for this album is 13.9.

My favorite album of 2019. Honestly this album changed me. I think it was a combination of two things that happened at the same time. It's true, the album is stunningly beautiful. And the first time I listened to it I was in exactly the perfect state of mind to appreciate all of its unbelievable melancholic serene beauty. I love all of the tracks, but for me "Don't Miss It" is hands-down the best, followed by "Into the Red" and then "Barefoot in the Dark." On my first listen, all three of those tracks (as well as a few others) held me rapt, attentive, and motionless, completely mesmerized by their beauty. The album engulfed me.

So underrated and so gorgeous. Im obsessed with this album, I haven't stop listening since it came out. James Blake made some of his best songs here, with amazing production, minimalist sounds and a vibe that makes you feel the love present here. Also, the features are amazing. A very pleasant and lovely album that deserves more recognition

This is a pleasant sounding album that suffers from trying to be too modern. Trap music is great. That doesn't mean it needs to be applied to all other kinds of music. I mean, it can but there are some times when it shouldn't. The only thing that these influences do for this album is make it sound more hip. I don't think it does much in terms of making the album better. There are some parts of the album that are so nice and pleasant that it makes the somewhat ham-fisted trap injections seem that much more unnecessary.

Least Favorite: Power On, Assume Form, Are You In Love?

Damn, album-wise 2019 starts better than 2018, largely thanks to this James Blake album!

Oh, this is a great album! Don't let Pitchfork fool you, this album may not be as technically accomplished as his first two but it is brimming with all this emotion, its so beautiful.
All of his previous album covers have his face obscured or distorted, and for Assume Form its the exact opposite with the hair even pulled back. A fitting cover cuz this album is James Blake unravelled, representing the current state of mind he's in and its just so pure and heartfelt.
I loved Blake's music for its cold and emotionally detached vibe, but I'm so glad he's in a place to have made this record.

I am pretty much in love with the entire album except a couple songs, but I'll come too is an absolute highlight!

2013's 'Overgrown' was superb and one of the years best albums

Those who are commenting "it all sounds the same" clearly haven't listened to this album multiple times and are misinformed. There's the moody title track "Assume Form" , there's the Eastern sounding "Tell Them" , the duet "Barefoot In The Park" , the minimalism of "Are You In Love?" , the rap rhymes of "Where's The Catch?" , the edgy "Don't Miss It " and atmospheric closer "Lullaby For My Insomniac" . Incredible variety

Your feedback for Assume Form