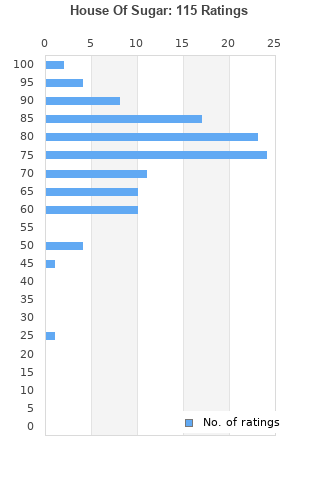 House Of Sugar is ranked 2nd best out of 2 albums by (Sandy) Alex G on BestEverAlbums.com.

The best album by (Sandy) Alex G is Rocket which is ranked number 4446 in the list of all-time albums with a total rank score of 310. 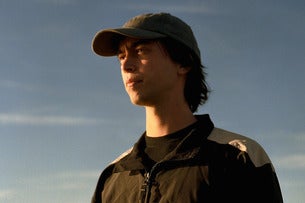 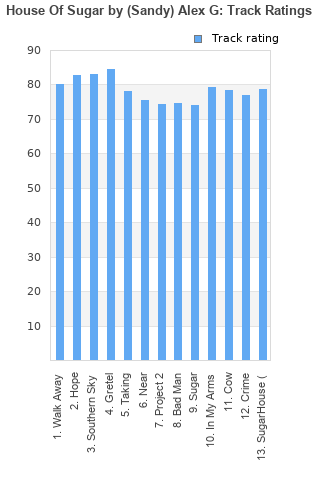 Rating metrics: Outliers can be removed when calculating a mean average to dampen the effects of ratings outside the normal distribution. This figure is provided as the trimmed mean. A high standard deviation can be legitimate, but can sometimes indicate 'gaming' is occurring. Consider a simplified example* of an item receiving ratings of 100, 50, & 0. The mean average rating would be 50. However, ratings of 55, 50 & 45 could also result in the same average. The second average might be more trusted because there is more consensus around a particular rating (a lower deviation).
(*In practice, some albums can have several thousand ratings)
This album is rated in the top 7% of all albums on BestEverAlbums.com. This album has a Bayesian average rating of 76.2/100, a mean average of 76.0/100, and a trimmed mean (excluding outliers) of 76.5/100. The standard deviation for this album is 11.7.

A winding record filled with some of Alex's most twisted experiments alongside his most triumphant songs. Just as quirky as his past output, House of Sugar features tacky synth sounds, odd pitched vocals, and strange circular melodies mixed with straightforward acoustic ballads and passages of slowcore and alt-rock.

The album loses some steam in the mid-section, but the opening run through Gretel and the tail end from In my Arms onward is gorgeous. A good place to start if you want to get into Alex's more hi-fi recent output.

Some of the tracks sound like old songs from Beck.

Your feedback for House Of Sugar