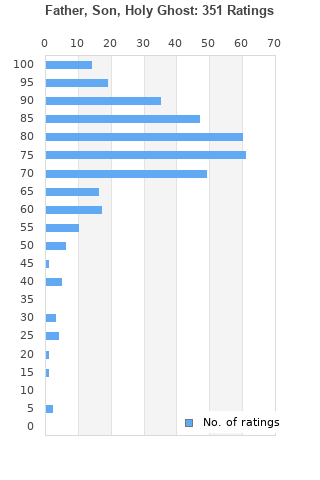 Girls - Records 3-Father Son Holy Ghost [New CD] Argentina - Import
Condition: Brand New
Time left: 12h 41m 45s
Ships to: Worldwide
$18.73
Go to store
Product prices and availability are accurate as of the date indicated and are subject to change. Any price and availability information displayed on the linked website at the time of purchase will apply to the purchase of this product.  See full search results on eBay

Father, Son, Holy Ghost is ranked as the best album by Girls. 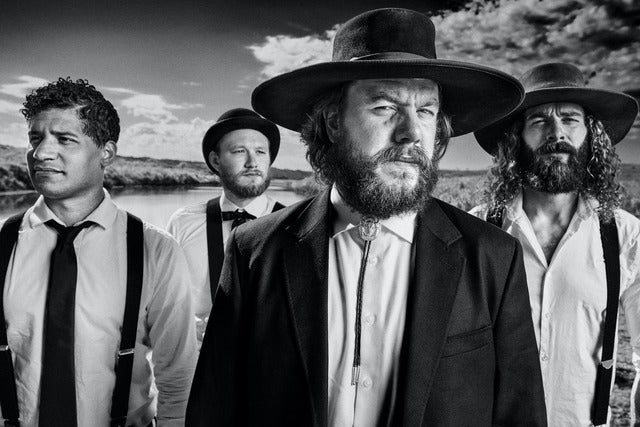 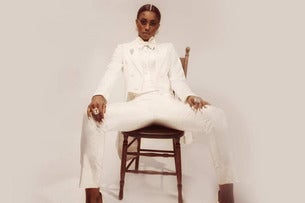 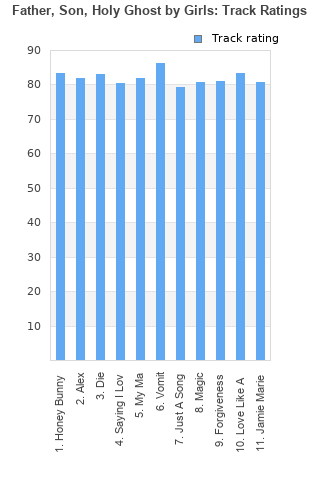 Rating metrics: Outliers can be removed when calculating a mean average to dampen the effects of ratings outside the normal distribution. This figure is provided as the trimmed mean. A high standard deviation can be legitimate, but can sometimes indicate 'gaming' is occurring. Consider a simplified example* of an item receiving ratings of 100, 50, & 0. The mean average rating would be 50. However, ratings of 55, 50 & 45 could also result in the same average. The second average might be more trusted because there is more consensus around a particular rating (a lower deviation).
(*In practice, some albums can have several thousand ratings)
This album is rated in the top 5% of all albums on BestEverAlbums.com. This album has a Bayesian average rating of 77.0/100, a mean average of 75.9/100, and a trimmed mean (excluding outliers) of 77.1/100. The standard deviation for this album is 15.3.

This album really shocked me when I first heard it and I instantly loved it. The instrumentation is fantastic with the guitars being so diverse and unique on every track and they sometimes completely take control on some cuts. Also, the vocal performance is brilliant and full of emotion and power. It fits the atmosphere and the sound of the record perfectly and makes for a thoroughly enjoyable listen. Every song is great and they all fit together so well to create a cohesive and thrilling record. However, there are some parts of songs that do feel a bit short on substance and you can't help thinking they could be trimmed down. Overall, this album really flies under the radar and is an incredibly under rated record that you should definitely listen too as it is fantastic.

So definitive for them. There's so much to hear if you don't just dismiss as a heavy nostalgic.

Love like a River is very similar to Don't Let Me Down by The Beatles don't you think?

Like I said with Album, it's not bad but not in any way unique. Even the gospel vocals on Vomit make me want to go listen to Screamadelica. There's definitely good songwriting there, but it's hard for me to appreciate good songwriting that doesn't grab my attention.

A really nice mix of sugary love songs and tear-jerking epics on this album, which takes a while to warm up to but becomes virtually enticing by the fourth or fifth listen.
The album opener "Honey Bunny" is a fun rock song teeming with old-school guitar riffs and catchy hooks, which in essence instigates a cathartic feeling in the listener. It is by far one of my favourite tracks of the album and of 2011 in general (the same can be said for the second track "Alex").
Though both the latter and former envelop a sense of pure joy in emotional autonomy, the album does reach some heartbreaking lows as is noticeable in the near-six minute epic "Vomit" and "Forgiveness". None the less, these songs do work in Girls' favour, given as the mix of crystal-clear layering and production, as well as Christopher Owen's near-androgynous harmonic-vocals maintain the vital humanity in the music at hand.
However, not all songs work for me. Particularly "Just a Song" which seems to drag in to an endless loop of inane vocal droning in the final minutes, as is the case with "Die" which seems strangely out of place on such a serene and cordial record.
Still, it's a worthwhile album and by far one of my favourites of 2011.
Plus Christopher Owens' voice (and face (sic)) is so damn sexy it's practically a winner right from the first sentence of "Alex".
Never has heartache seemed so enticing.

Not too shabby of an album. "Vomit" is a lot of fun. Is it me or do these vocals sound like Elliott Smith made it back from the grave?

When this was released back in 2011 it was on repeat for several weeks on my stereo and Ipod. This may be the greatest pure rock album released in 10 years or so. This is so plain and pure as it gets. Draws on all big references from 60's and 70's rock music. A shame Girls broke up, because Christopher Owens solo album didn't peak the same heights as neither this album or their equally great EP.

Classic rock made from the despair and loss. Heroin filled.
It automatically sounds like a classic album.