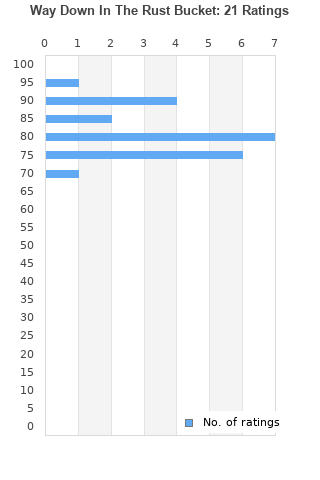 Way Down In The Rust Bucket is ranked 19th best out of 23 albums by Neil Young & Crazy Horse on BestEverAlbums.com.

The best album by Neil Young & Crazy Horse is Everybody Knows This Is Nowhere which is ranked number 212 in the list of all-time albums with a total rank score of 8,668. 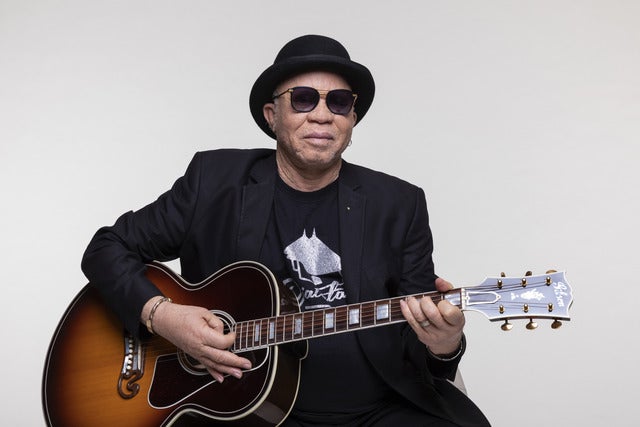 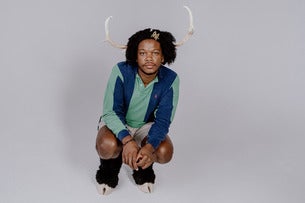 Listen to Way Down In The Rust Bucket on YouTube 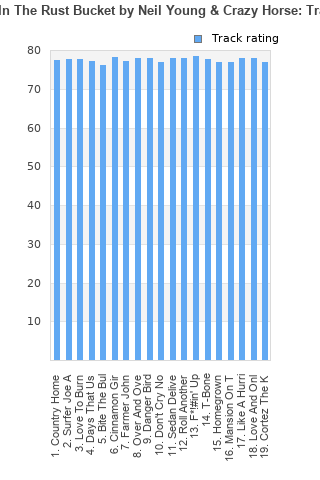 Way Down In The Rust Bucket rankings

Way Down In The Rust Bucket collection

Way Down In The Rust Bucket ratings

Rating metrics: Outliers can be removed when calculating a mean average to dampen the effects of ratings outside the normal distribution. This figure is provided as the trimmed mean. A high standard deviation can be legitimate, but can sometimes indicate 'gaming' is occurring. Consider a simplified example* of an item receiving ratings of 100, 50, & 0. The mean average rating would be 50. However, ratings of 55, 50 & 45 could also result in the same average. The second average might be more trusted because there is more consensus around a particular rating (a lower deviation).
(*In practice, some albums can have several thousand ratings)
This album is rated in the top 2% of all albums on BestEverAlbums.com. This album has a Bayesian average rating of 79.0/100, a mean average of 82.1/100, and a trimmed mean (excluding outliers) of 82.1/100. The standard deviation for this album is 6.1.

Way Down In The Rust Bucket favourites

Way Down In The Rust Bucket comments

Neil is absolutely rinsing these archive thingys but if you are partial to an era of crazy horse when they were on fire (ragged glory tour, you like that don't you? Surely,) then this is essential. Brilliantly recorded and sounding pristine. Mansion on the Hill especially wonderful. In fact it all just sounds great if you like Neil with Crazy Horse.

A great showing from Neil Young and Crazy Horse, during a particularly strong era for the band during the Ragger Glory tour. Songs from that record dominate the setlist and some of the more obvious Neil/Crazy Horse classics aren't present. Classic Crazy Horse songs from albums like Everybody Knows this is Nowhere and Rust Never Sleeps are limited. I found several renditions to be stronger than the studio versions, particularly the two Re-Ac-Tor songs. Cortez the Killer and Like a Hurricane are always a highlight of a Crazy Horse set and they very much are in this performance as well.

Your feedback for Way Down In The Rust Bucket