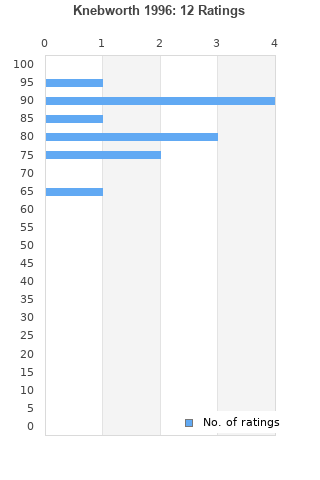 Knebworth 1996 is ranked 10th best out of 13 albums by Oasis on BestEverAlbums.com.

The best album by Oasis is (What's The Story) Morning Glory? which is ranked number 56 in the list of all-time albums with a total rank score of 21,415. 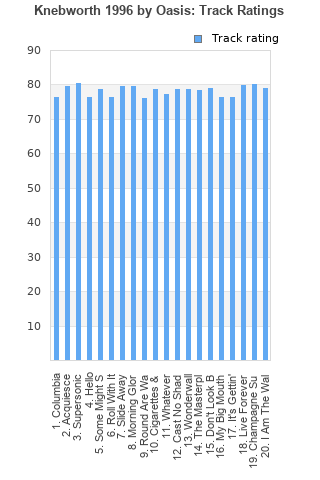 Remember when Oasis were good? And I don’t mean “only” good, remember when Oasis were at the peak of their powers and the biggest thing in music on the globe before the drugs, the in fighting, the egos, the crap albums and controversies ripped them apart? Well I do, and here’s my theory …. Oasis peaked right here at this concert in front of 200,000 some fans. What’s not to like ? Every track a certified killer driller, hell even the B-Sides kick ass (“The Masterplan” / “Aquiensce” for example). From this moment in history it was all down hill for the Manchester lads

That be as it may, simply bask in the glory of Oasis standing on the top of the world in a performance for the ages

Your feedback for Knebworth 1996