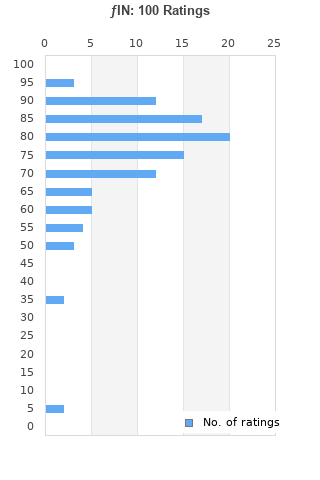 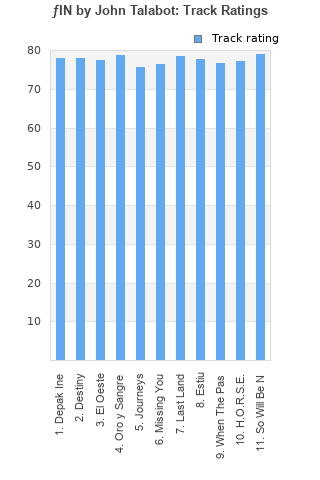 Rating metrics: Outliers can be removed when calculating a mean average to dampen the effects of ratings outside the normal distribution. This figure is provided as the trimmed mean. A high standard deviation can be legitimate, but can sometimes indicate 'gaming' is occurring. Consider a simplified example* of an item receiving ratings of 100, 50, & 0. The mean average rating would be 50. However, ratings of 55, 50 & 45 could also result in the same average. The second average might be more trusted because there is more consensus around a particular rating (a lower deviation).
(*In practice, some albums can have several thousand ratings)
This album is rated in the top 9% of all albums on BestEverAlbums.com. This album has a Bayesian average rating of 75.7/100, a mean average of 75.3/100, and a trimmed mean (excluding outliers) of 76.0/100. The standard deviation for this album is 14.0.

Great album! Destiny is the best track in there, still it has a great consistency throughout the album

i guess this will NEVER be my cup of tea. but of course it ain't at all bad.

Lovely background music. I really don't know how much credit to give to these electronica DJs. I have a friend who is working on his Phd in music. He writes brilliant symphonies, is a master of piano, guitar and plays other instruments. Seems to me to require a lot more talent than sampling recordings .... that's just my humble opinion. Still, I like this album.

really nice atmospheric album of 2012, that works best as a whole