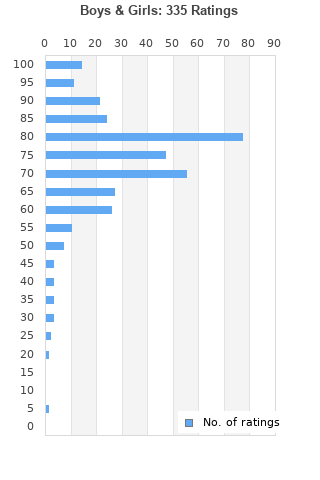 alabama shakes boys & girls the debut album lp with 7" records new
Condition: New
Time left: 1d 20h 33m 40s
Ships to: Worldwide
$17.49
Go to store
Product prices and availability are accurate as of the date indicated and are subject to change. Any price and availability information displayed on the linked website at the time of purchase will apply to the purchase of this product.  See full search results on eBay

Boys & Girls is ranked as the best album by Alabama Shakes. 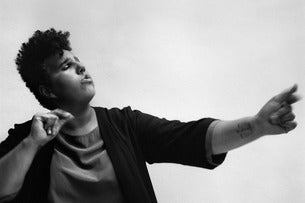 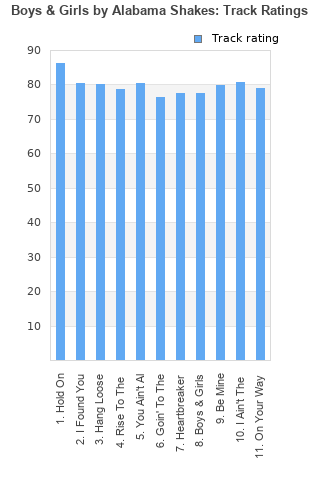 Rating metrics: Outliers can be removed when calculating a mean average to dampen the effects of ratings outside the normal distribution. This figure is provided as the trimmed mean. A high standard deviation can be legitimate, but can sometimes indicate 'gaming' is occurring. Consider a simplified example* of an item receiving ratings of 100, 50, & 0. The mean average rating would be 50. However, ratings of 55, 50 & 45 could also result in the same average. The second average might be more trusted because there is more consensus around a particular rating (a lower deviation).
(*In practice, some albums can have several thousand ratings)
This album has a mean average rating of 73.0/100. The trimmed mean (excluding outliers) is 74.1/100. The standard deviation for this album is 14.6.

Feel good music as someone says below. I am not typically a southern or blues rock fan but Brittany's songwriting and especially her voice give this an infectious and hard-to-dislike sound and appeal

Nothing amazing, but very good and extremely enjoyable. A decent listen.

It's a good album, one of the best debut albums in a while.
But is not that good. As Hold on is a great song the rest of it fells like boring sometimes. Alabama Shakes is growing...

It's taken me a lot of listens to get into this album but its starting to grow on me now. Will never be an album that I listen to that much but not bad. Stand out track; You Ain't Alone.

Not much new here. While the vocal performance was strong, it was accompanied by an uninspired backing. Overall a forgettable album.

I agree with all the comments above, it is not a grower and I think they will be quickly forgotten.

I'd listened to this album once before and was well into revisiting it today when I checked out these reveiws. That was the first time I realized the lead singer was a woman. Wow.

On an unrelated note, this is a pretty great album.

Your feedback for Boys & Girls