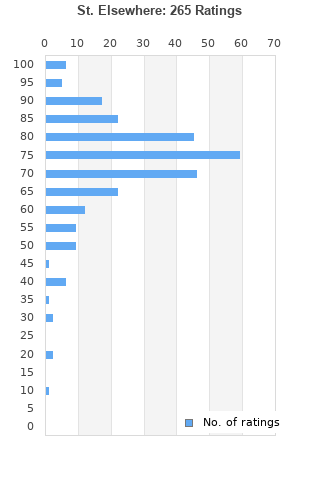 St. Elsewhere is ranked as the best album by Gnarls Barkley. 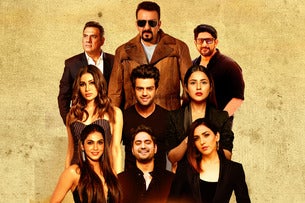 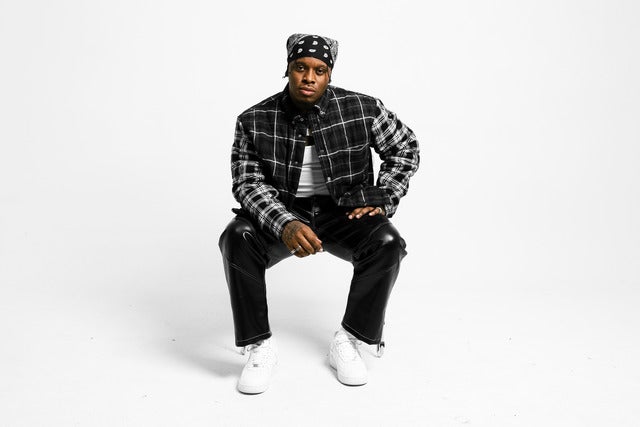 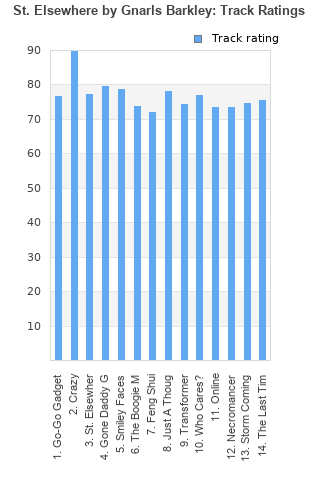 Rating metrics: Outliers can be removed when calculating a mean average to dampen the effects of ratings outside the normal distribution. This figure is provided as the trimmed mean. A high standard deviation can be legitimate, but can sometimes indicate 'gaming' is occurring. Consider a simplified example* of an item receiving ratings of 100, 50, & 0. The mean average rating would be 50. However, ratings of 55, 50 & 45 could also result in the same average. The second average might be more trusted because there is more consensus around a particular rating (a lower deviation).
(*In practice, some albums can have several thousand ratings)
This album has a Bayesian average rating of 73.4/100, a mean average of 72.4/100, and a trimmed mean (excluding outliers) of 73.4/100. The standard deviation for this album is 13.9.

Some great tracks on this album. My favourite is The Last Time, followed by Crazy and Smiley Faces. Overall as an album it's an easy listen but unspectacular.

Producer extraordinaire Danger Mouse shows up in several places on my charts, and as I've pointed out elsewhere, I think his greatest gift is his ability to create beats that serve the talents of his co-collaborator(s). Here he teams up with neo-soul singer Cee-Lo Green to make a very fine record that in many ways defies easy genre classification. At times a soul record, at times hip hop, St. Elsewhere showcases Cee-Lo Green's considerable talent without being flashy. The track everybody knows is "Crazy," and I do think it's the highlight, but the whole album is well worth a long listen, and is a great place to start if you're curious about hip hop but convinced you won't like it.

A great album with a mix of soul. dance, pop and rock.

Crazy is definitely a monster of a song, but the rest bores me. They are both very talented, but it just doesn't do it for me. The album cover is dope though.
Best track: Crazy
Worst track: The Boogie Monster (Omg this song is so bad. It's so cheesy. I hate it.)

Suprisingly good album. Usually this is not my kind of music but this album gets me dancing. And great cover

The album is fun and really consistent not really a bad song. Crazy is a masterpiece that will be remembered years from now. Listen to their underrated and better follow-up album The Odd Couple.

Album is lacking, few gems though.

Your feedback for St. Elsewhere