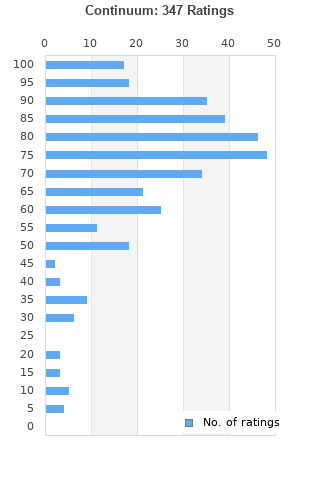 Continuum is ranked as the best album by John Mayer. 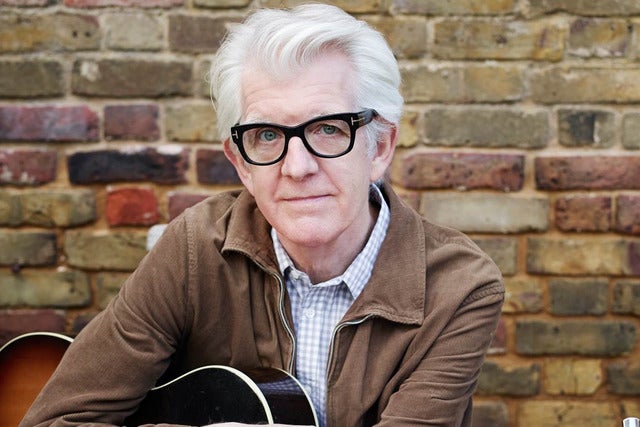 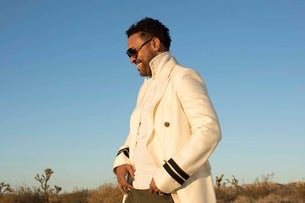 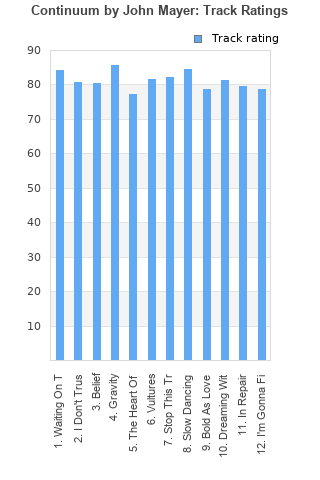 #
Track
Rating/Comments
1.
Waiting On The World To Change
Rating: 84 (73 votes)Comments:

Rating metrics: Outliers can be removed when calculating a mean average to dampen the effects of ratings outside the normal distribution. This figure is provided as the trimmed mean. A high standard deviation can be legitimate, but can sometimes indicate 'gaming' is occurring. Consider a simplified example* of an item receiving ratings of 100, 50, & 0. The mean average rating would be 50. However, ratings of 55, 50 & 45 could also result in the same average. The second average might be more trusted because there is more consensus around a particular rating (a lower deviation).
(*In practice, some albums can have several thousand ratings)
This album has a Bayesian average rating of 72.2/100, a mean average of 71.3/100, and a trimmed mean (excluding outliers) of 72.1/100. The standard deviation for this album is 20.6.

A flavour of Clapton/ Hendrix greatness updated for the twenty first century.

I know it's not cool to like John Mayer, but I've always liked his sound and it's applied here to a really listenable collection of songs.

Without question the best John Mayer album i've heard yet. Not a single weak track.

Best song(s): "Waiting on the World..." "I Don't Trust Myself" "Gravity" "Vultures" "Slow Dancing in a Burning Room" "Bold as Love" and I guess "Say" was a single that only part of a reissue in 2008 but I still include it

I can’t believe how underrated this album is! So many good songs on here. Easily Mayer’s most consistent work front to back. His guitar work has never been more fierce, bluesy, exciting, and raw. His lyrics have never been more mature, honest, clever, and relevant. The production and vocals are slick and shiny without being too cutesy or corny. This is a great example of modern pop music done right. One of the best mainstream rock records from the 2000s, and probably my favorite album released in 2006 alongside St. Elsewhere by Gnarls Barkley and Stadium Arcadium by RHCP

Great guitar work, but not very cohesive. Some good individual songs though.

He puts aside obsession with the ladies and takes on bigger topics such as society, mature emotional breakups, mortality, and personal expectation.

Everything you think of John Mayer is true EXCEPT for here. This is an absolutely fantastic album from start to finish and nothing else he has done comes remotely close.

Creator here rather than imitator on all other albums. Imagery of slow dancing in a burning room to describe the slow decay and falling out of love.

The bluesy guitar and undertones stay consistent throughout. And then shows his guitar chops on a Hendrix cover.

Try to block out your opinion of Mayer and take this for what it is, pure excellence and one of the best albums of the decade.

His only albums that's worth talking about, I think.

Your feedback for Continuum