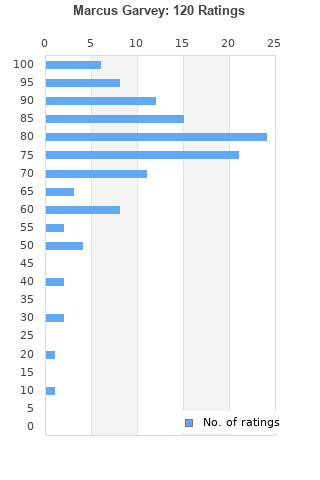 Marcus Garvey is ranked as the best album by Burning Spear. 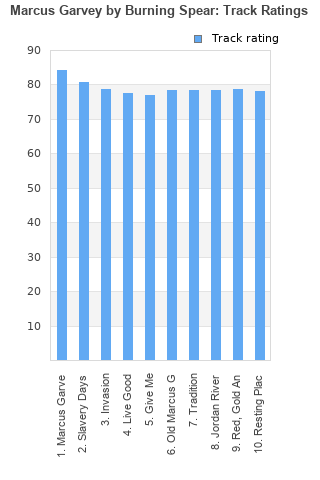 Rating metrics: Outliers can be removed when calculating a mean average to dampen the effects of ratings outside the normal distribution. This figure is provided as the trimmed mean. A high standard deviation can be legitimate, but can sometimes indicate 'gaming' is occurring. Consider a simplified example* of an item receiving ratings of 100, 50, & 0. The mean average rating would be 50. However, ratings of 55, 50 & 45 could also result in the same average. The second average might be more trusted because there is more consensus around a particular rating (a lower deviation).
(*In practice, some albums can have several thousand ratings)
This album is rated in the top 5% of all albums on BestEverAlbums.com. This album has a Bayesian average rating of 76.7/100, a mean average of 75.9/100, and a trimmed mean (excluding outliers) of 77.1/100. The standard deviation for this album is 16.6.

Reggae is a genre that requires knowledge and lots of previous listens. The basic rhythm becomes boring quite soon unless the songs do not have other things to keep the listener grabbed.

repetitive reggae beat which is annoying

The rootsiest of roots reggae. A reasonable starting point for anyone new to the genre.

This is a wonderful album. The Dub version called Garvey's Ghost is great too.

Your feedback for Marcus Garvey