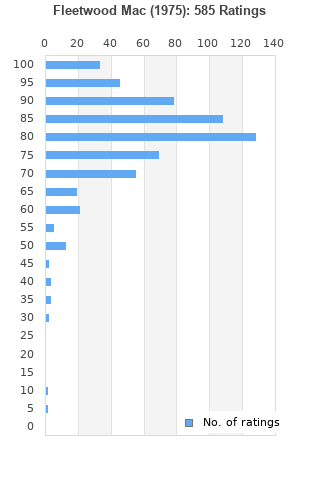 The best album by Fleetwood Mac is Rumours which is ranked number 24 in the list of all-time albums with a total rank score of 36,737. 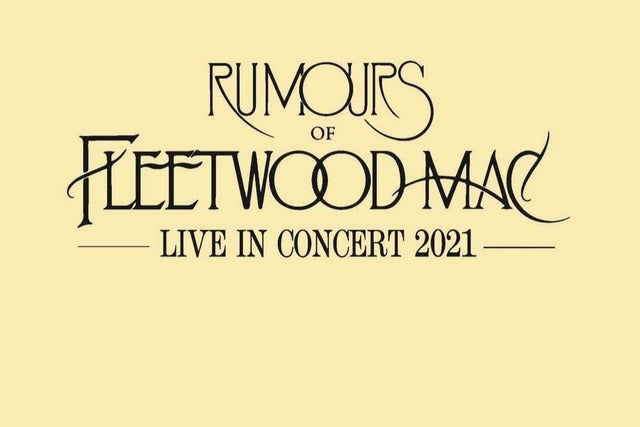 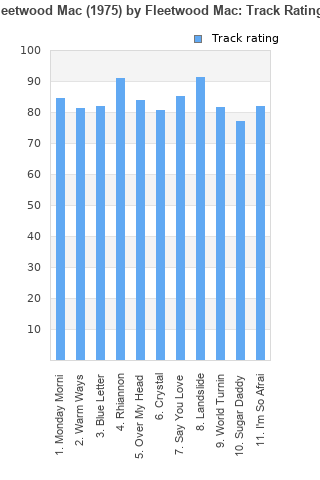 Rating metrics: Outliers can be removed when calculating a mean average to dampen the effects of ratings outside the normal distribution. This figure is provided as the trimmed mean. A high standard deviation can be legitimate, but can sometimes indicate 'gaming' is occurring. Consider a simplified example* of an item receiving ratings of 100, 50, & 0. The mean average rating would be 50. However, ratings of 55, 50 & 45 could also result in the same average. The second average might be more trusted because there is more consensus around a particular rating (a lower deviation).
(*In practice, some albums can have several thousand ratings)
This album is rated in the top 1% of all albums on BestEverAlbums.com. This album has a Bayesian average rating of 80.7/100, a mean average of 80.2/100, and a trimmed mean (excluding outliers) of 80.8/100. The standard deviation for this album is 12.2.

Fleetwood Mac are so good at writing infectious pop music that possess small little nuances that just sound like pop perfection. While it isn't as prevalent on this release, it is still present and makes tracks like Landslide, Monday Morning and Rhiannon completely irresistible to the ear. The vocal is so strong both from the male and the two female vocalists as well. They all sound so delicate and beautiful with their singing and it really helps to propel the choruses higher than they already are. Musically, it can be a bit simple at times which makes it a bit difficult to keep revisiting this album and not getting tired of it except for the catchy songs which you can listen to hundreds of times. Also, a lot of the tracks do feel like filler tracks and it does drag for me even though it is a 40 minute record. Overall, an album with a few classic pop songs from Fleetwood Mac but they have definitely made better and more consistent records.

This is the album that is very nice on ears, very good singing, great melodies and overall very enjoyable and sometimes touching.

It's not quite got as many huge hits Rumours, but it's still a nice album. Landslide is probably my favourite Fleetwood Mac song. Fairly consistent album, very few weak links but not many standouts.

I like to think of this album as a less consistent version of rumours. I would recommend this album to anyone who enjoys the music of fleetwood mac.

Not as good as rumours, but it still has many good songs.
Rhiannon, Over my head, say that you love me, crystal, and landslide.
The rest of the album is pretty much filler.

But still a good album overall.

My favorite Fleetwood Mac album. The first one I ever owned. I'd never heard of them but they had a hit Over My Head which I loved so bought the lp. This is the first time the band had 3 yes 3 strong songwriters. All of them capable of writing a hit. Of course the back bone is the fantastic rhythm section of Fleetwood (Mick) and Mac (John McVie). Best songs Monday Morning, Warm Ways, Rhiannon!, Over My Head, Crystal.

Not so different from Rumours in term of quality. I would say that Rumours is more consistent but the high points go higher on this self titled effort. Fav tracks: Blue Letter, say you love me and Landslide.

This album transports me to freshman year of college, when one of my roommates and I were both obsessive fans of Fleetwood Mac. This was the album we listened to most often, especially the characteristically energetic Lindsey Buckingham opener "Monday Morning," which hits the soul like a hot cup of truckstop coffee. Of course, the truly classic song here is "Rhiannon," which is both my favorite Fleetwood Mac song and the name of a (once) beloved girlfriend who was named for it.

Maybe, as good as Rumours. If you like Fleetwood Mac, you must have this album.

Your feedback for Fleetwood Mac (1975)