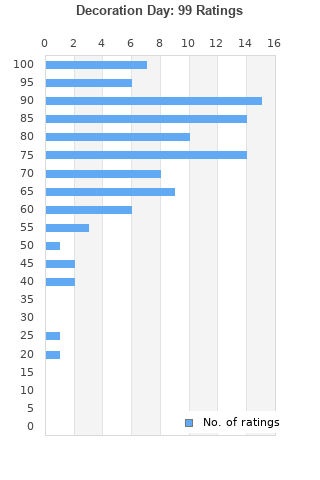 Drive-By Truckers - Decoration Day New West Records 2003 New and Sealed CD
Condition: Brand New
Time left: 3d 12h 21m 18s
Ships to: Worldwide
$13.49
Go to store
Product prices and availability are accurate as of the date indicated and are subject to change. Any price and availability information displayed on the linked website at the time of purchase will apply to the purchase of this product.  See full search results on eBay

Decoration Day is ranked 3rd best out of 18 albums by Drive-By Truckers on BestEverAlbums.com.

The best album by Drive-By Truckers is Southern Rock Opera which is ranked number 2248 in the list of all-time albums with a total rank score of 718. 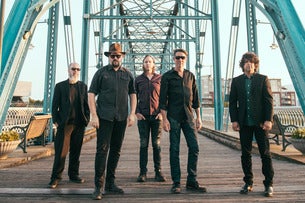 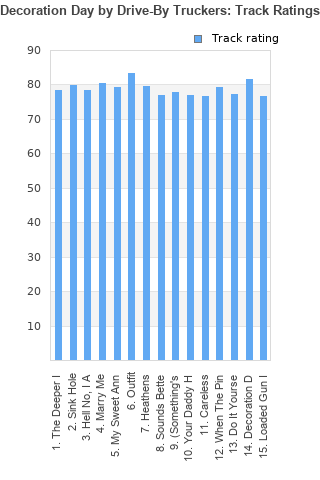 Rating metrics: Outliers can be removed when calculating a mean average to dampen the effects of ratings outside the normal distribution. This figure is provided as the trimmed mean. A high standard deviation can be legitimate, but can sometimes indicate 'gaming' is occurring. Consider a simplified example* of an item receiving ratings of 100, 50, & 0. The mean average rating would be 50. However, ratings of 55, 50 & 45 could also result in the same average. The second average might be more trusted because there is more consensus around a particular rating (a lower deviation).
(*In practice, some albums can have several thousand ratings)
This album is rated in the top 4% of all albums on BestEverAlbums.com. This album has a Bayesian average rating of 77.5/100, a mean average of 76.8/100, and a trimmed mean (excluding outliers) of 78.0/100. The standard deviation for this album is 16.4.

One of the things Drive-By Truckers do best is to examine life in the American South from a variety of perspectives, an approach that works so well on Decoration Day because of the strength of three enormously talented singer-songwriters in Patterson Hood, Mike Cooley, and Jason Isbell. I can remember an argument I had with some guy about the meaning of these lyrics from Jason Isbell's "Outfit": "Don't call what you're wearing an outfit / Don't ever say your car is broke." Should a Southern man refrain from saying his car is "broke" because the diction makes him sound like a dumbass redneck? Or because it implies that he can't fix his car himself? It's important.

It's a shame that the Truckers don't enjoy a wider audience. They have a truly impressive catalogue, and this one is the absolute peak: three singer-songwriters at the top of their game. The lyrical content alone makes this a must-own.

Darker than the previous DBT albums, Decoration Day benefits from fine songs by Jason Isbell, as well as some different takes on subject matter, from incest to suicide to Southern feuds. Souther rock is alive and well, thank you!

Your feedback for Decoration Day