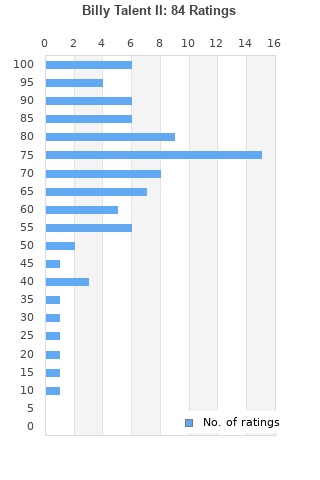 Billy Talent II is ranked 2nd best out of 5 albums by Billy Talent on BestEverAlbums.com.

The best album by Billy Talent is Billy Talent which is ranked number 2834 in the list of all-time albums with a total rank score of 519. 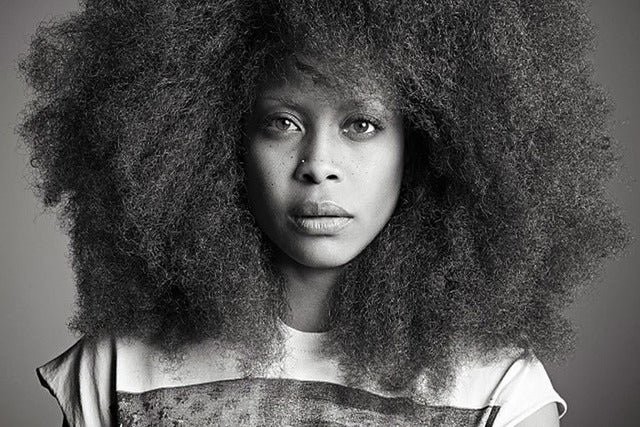 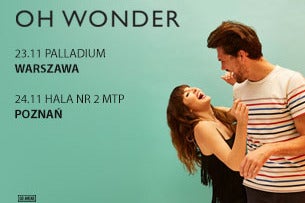 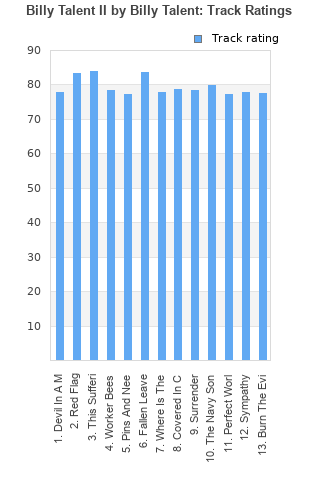 Rating metrics: Outliers can be removed when calculating a mean average to dampen the effects of ratings outside the normal distribution. This figure is provided as the trimmed mean. A high standard deviation can be legitimate, but can sometimes indicate 'gaming' is occurring. Consider a simplified example* of an item receiving ratings of 100, 50, & 0. The mean average rating would be 50. However, ratings of 55, 50 & 45 could also result in the same average. The second average might be more trusted because there is more consensus around a particular rating (a lower deviation).
(*In practice, some albums can have several thousand ratings)
This album has a mean average rating of 71.0/100. The trimmed mean (excluding outliers) is 71.9/100. The standard deviation for this album is 19.6.

The best heavy rock album ever produced in Canada I believe.

twas the jam of all the elementary school kids as they played Runescape. and is still a fantastic album. Even the filler is awesome

Maybe it's because Canadian alternative rock radio has played the crap out of these guys, but I find them like nails on a chalkboard. What do they sound like when they're happy?

Ian D'Sa does what all great rock guitarists do: makes it exciting to listen to just the guitar on any of this band's tracks. And say what you will about Ben Kowalewicz's voice, this band writes consistently great lyrics married to some ridiculously hooky melodies. Nine of the first ten tracks on this CD are all damned perfect. I, for one, will sing along with Ben any day.

Brilliant pictures for each of the tracks on the sleeve cover! They really do go with the lyrics and help put interesting pictures in your head. The songs, well they don't let down throughout the album. Highlights would Worker Bees and Red Flag.

Your feedback for Billy Talent II