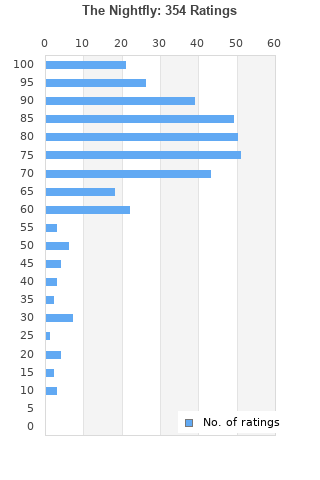 DONALD FAGEN"The Nightfly"Lp SEALED Vinyl Mfsl 1-120 OOP Japan Steely Dan Aja
Condition: New
Time left: 7h 11m 33s
Ships to: Worldwide
$441.73
Go to store
Product prices and availability are accurate as of the date indicated and are subject to change. Any price and availability information displayed on the linked website at the time of purchase will apply to the purchase of this product.  See full search results on eBay

The Nightfly is ranked as the best album by Donald Fagen. 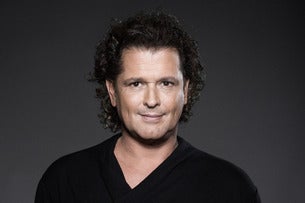 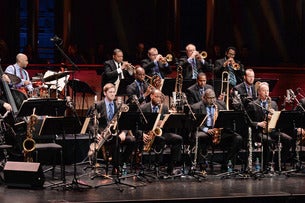 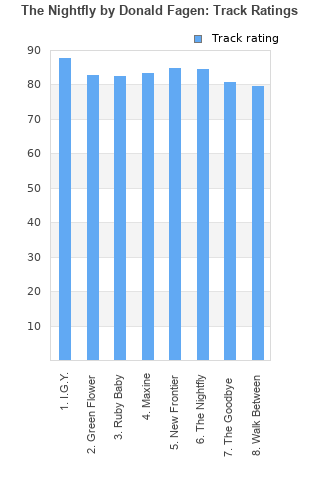 Rating metrics: Outliers can be removed when calculating a mean average to dampen the effects of ratings outside the normal distribution. This figure is provided as the trimmed mean. A high standard deviation can be legitimate, but can sometimes indicate 'gaming' is occurring. Consider a simplified example* of an item receiving ratings of 100, 50, & 0. The mean average rating would be 50. However, ratings of 55, 50 & 45 could also result in the same average. The second average might be more trusted because there is more consensus around a particular rating (a lower deviation).
(*In practice, some albums can have several thousand ratings)
This album is rated in the top 4% of all albums on BestEverAlbums.com. This album has a Bayesian average rating of 77.4/100, a mean average of 76.2/100, and a trimmed mean (excluding outliers) of 77.5/100. The standard deviation for this album is 17.4.

Streamlined and funky Steely Dan. Might be better than any Steely Dan album, it's that good.

Just picked up the CD of this one at my local Barnes and Noble for under 5 bucks! I've listened to just the first five songs so far, but I love this album already! The cuts "I.G.Y." and "New Frontier" are just fantastic. They're easily as good as the best of any Steely Dan songs. What a nice surprise this disc turned out to be!

Beautiful Hi Fi sound, nice Beatlesque melodies, clever lyrics (on the theme: the future seen from the 50's).
Arguably better than any Steely Dan album.
Perhaps, the last two songs are not as emotional as the rest. I wish he ended the album with a slower, nostalgic song like the first one.

A record that looks back at the lifestyles and the dreams of individuals that lived during the late 50's to 1961.

Picking up where, gaucho, left off, the nightfly, is another piece of late night super smooth jazz pop. In fact, it almost feels like a sequel. It's a lovely album. Alright, it does sound a little dated in places and the CD could really do with a remastering job, but the LP is the ultimate late night album in a heat wave. Some nice tracks in, I.G.Y., new frontier, and the title track, make, the nightfly, an excellent record.

In some aspects, it's like just another Steely Dan album (and that's meant as a compliment) but in other ways this sounds like something only Fagen could accomplish on his own, mostly because of the lyrical consistency. Steely Dan albums generally strove for a connecting sound but never bothered with an overarching story. Fagen's got a story to tell here and it's a compelling one, harkening back to the mythical era of American expansionism, prior to the assassination of John Kennedy. This isn't to say that the music is a throwback. No, it displays the same sophistication that marked Fagen's time in Steely Dan. Almost in keeping with the notion of a "New Frontier", Fagen eschewed analogue recording and used nascent digital technology. Even today, the album remains a touchstone for sound engineers. But don't let that take away from the music. Every song here is rewarding. This is music everybody should have in their collection.

Your feedback for The Nightfly