The Lexicon Of Love (studio album) by ABC 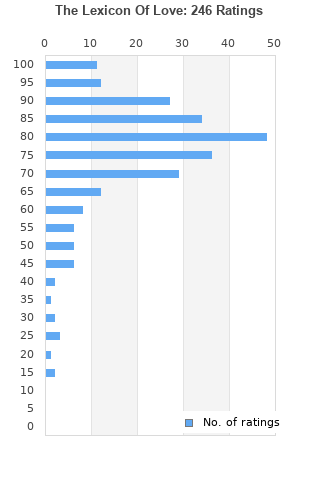 The Lexicon Of Love is ranked as the best album by ABC. 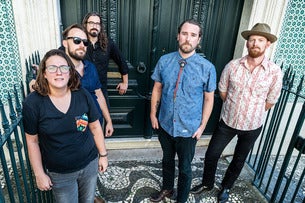 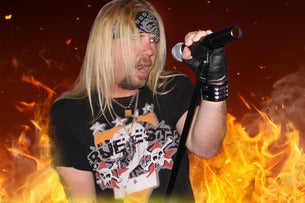 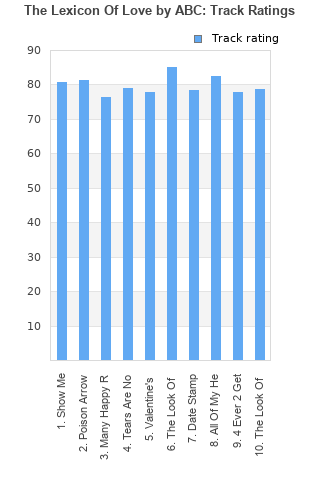 The Lexicon Of Love rankings

The Lexicon Of Love collection

The Lexicon Of Love ratings

Rating metrics: Outliers can be removed when calculating a mean average to dampen the effects of ratings outside the normal distribution. This figure is provided as the trimmed mean. A high standard deviation can be legitimate, but can sometimes indicate 'gaming' is occurring. Consider a simplified example* of an item receiving ratings of 100, 50, & 0. The mean average rating would be 50. However, ratings of 55, 50 & 45 could also result in the same average. The second average might be more trusted because there is more consensus around a particular rating (a lower deviation).
(*In practice, some albums can have several thousand ratings)
This album is rated in the top 5% of all albums on BestEverAlbums.com. This album has a Bayesian average rating of 77.0/100, a mean average of 75.7/100, and a trimmed mean (excluding outliers) of 77.2/100. The standard deviation for this album is 16.4.

The Lexicon Of Love favourites

The Lexicon Of Love comments

funk, jazz, sexy full of love just as I have for this pop

Due to Trevor Horn's lush production, this is one of the finest albums of the 1980's.

One of the finest pop albums of the 1980's, thanks to the lush production of Trevor Horn.

New Romantic was almost over. Martin Fry used to say that he never was "a Blitz kid" but that he wanted this album to be seen as influenced by Punk. Which I can understand quite well, Punk was so over in 1982, but this was the new way to say "No!" though it sounded like a "Yes!". The lyrics of "Date stamp" still bring me to tears. Love in the age of shopping. One of the masterpieces of the great Pop year 1982.

A classic early eighties pop album. If you want to know what popular music was like in 1982, this is the LP to listen to. Obviously heavily influenced by David Bowie's 'plastic soul' record, young Americans, Lexicon of love, is super slick and smooth, in a good way, and it's also a microcosm of the eighties, in which it's all about show and less about heart and soul. The music captures that brilliantly, a kind of superficial presentation on love and life, but still with a sense of yearning. It includes classic pop singles in, poison arrow, and, the look of love, which are perfect examples of beautiful pop.

I can see why you might not like it...you need a love of camp and eccentric to dig this. But if you do, it's a riot. One of the funnest 80s synth-pop records and tight as all get out.

Superb New Romantic classic that manages to embody everything that is truly great about Brit-pop.

Maybe the essence of the first half of the decade which meant: Farewell to Rock. (Needless to say, Rock came back, for good and for worse.)

Your feedback for The Lexicon Of Love