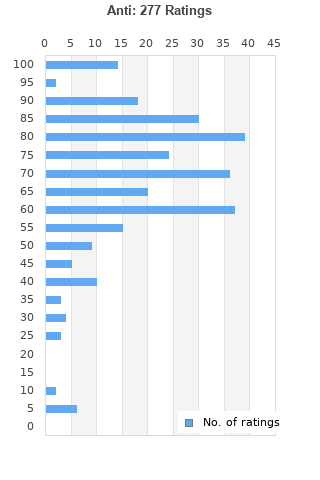 Anti is ranked as the best album by Rihanna. 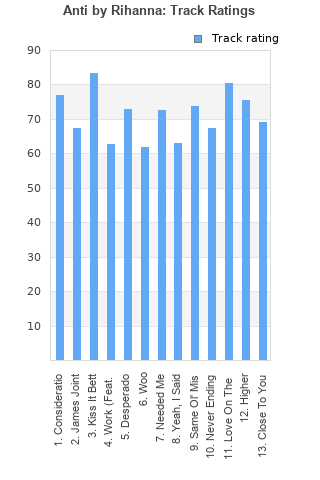 Outliers can be removed when calculating a mean average to dampen the effects of ratings outside the normal distribution. This figure is provided as the trimmed mean. A high standard deviation can be legitimate, but can sometimes indicate 'gaming' is occurring. Consider a simplified example* of an item receiving ratings of 100, 50, & 0. The mean average rating would be 50. However, ratings of 55, 50 & 45 could also result in the same average. The second average might be more trusted because there is more consensus around a particular rating (a lower deviation).
(*In practice, some albums can have several thousand ratings)
This album has a mean average rating of 68.0/100. The trimmed mean (excluding outliers) is 69.5/100. The standard deviation for this album is 20.3.

It's fine, but just because it's more alternative R&B and less pop, doesn't mean it suddenly deserves a lot more attention and critical praise. Rihanna has done better, but this is nonetheless an intriguing record if you can get past the filler. My personal favourites are the sultry "Kiss It Better" and the slow-burn "Needed Me".

Fun album. Rihanna is not really my favorite artist out there right now...

ANTi is Rihanna's 8th album, and although it started off with low sales, it eventually went on to be a #1 album and spend 33 weeks inside the top ten of the Billboard 200, longer than any other black female album since 1994! The highlights of the album include "Same Ol' Mistakes", "Woo", and "Kiss it Better".

I like this album one of the best albums released in the 2010's It is by far Rihanna's best album a mature laid back modern RnB sound prevails throughout. She sounds great and there are no Pop songs here. Best tracks are Work, Woo, Kiss It Better, Love On The Brain and the best track of all is Same Ole Mistakes

bit of a mixed bag, but overall it marks an admirable 360 degree turn in Rihanna's career from churned-out mediocre pop to quality alternative r&b. some tracks are borderline insufferable, but a couple are also brilliant (i'm looking at you, "kiss it better").

if you're a fan of woozy, sexy R&B then this'll be right up your street. returning to music with a darker edge (like 2009s underappreciated "rated r"), rihanna has created one of her very best records, and its definitely something to check out.

Prior to this, Rihanna was pumping albums out faster than most, with singles from each hitting #1 left and right. Then she took 4 years off to create this amazing record. It really shines a light on her past work and opened me up to her other stuff.

Never Ending through the end of the album is beautiful and different from anything she's done before. Good things take time, and this one was definitely worth it.

"Bitch Better Have My Money", "American Oxygen" and "FourFiveSeconds" should've replaced "Pose", "James Joint" and "Higher" respectively, but no matter its still Rihanna's most diverse and mature album.

ANTI could have been so much better with the previous singles in it.... and minus some of the tracks. 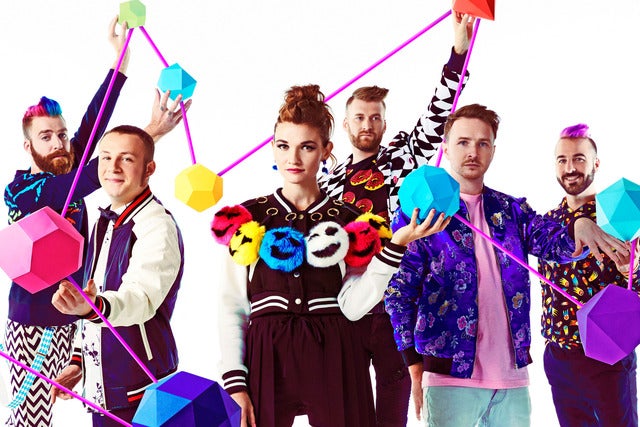 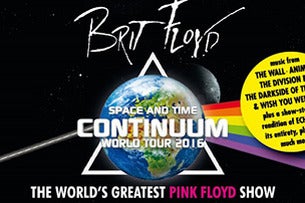 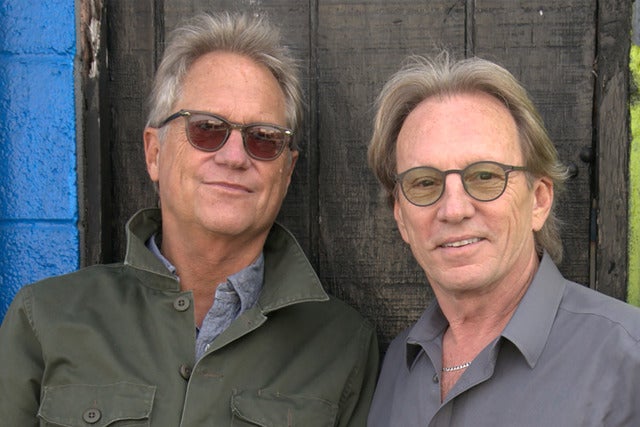 Your feedback for Anti