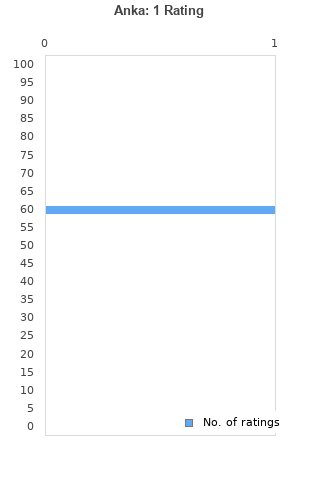 Paul Anka – Paul Anka Sings His Big 15 CD
Condition: Brand New
Time left: 1h 2m 4s
Ships to: Worldwide
£3.49
Go to store
Product prices and availability are accurate as of the date indicated and are subject to change. Any price and availability information displayed on the linked website at the time of purchase will apply to the purchase of this product.  See full search results on eBay

Anka is ranked - best out of 10 albums by Paul Anka on BestEverAlbums.com.

The best album by Paul Anka is Rock Swings which is ranked number 17621 in the list of all-time albums with a total rank score of 58. 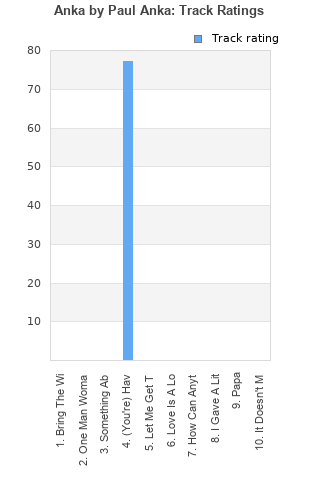 0
2.
One Man Woman / One Woman Man
Rating: Not enough dataComments:

0
3.
Something About You
Rating: Not enough dataComments:

0
5.
Let Me Get To Know You
Rating: Not enough dataComments:

0
6.
Love Is A Lonely Song
Rating: Not enough dataComments:

0
7.
How Can Anything Be Beautiful (After You)
Rating: Not enough dataComments:

0
8.
I Gave A Little And Lost A Lot
Rating: Not enough dataComments:

0
10.
It Doesn't Matter Any More
Rating: Not enough dataComments:

Paul Anka was one of several pre-British Invasion pop stars who made big comebacks in the mid-70's. And this was his comeback album. Anka hadn't had a Top 10 single since 1961. This album produced two: "You're Having My Baby" (US #1) and "One Man Woman/One Woman Man" (US #7).

If you're familiar with either of those hits, then you know I wasn't expecting high quality from this album. "You're Having My Baby" is so laughably bad that it's become synonymous with 70's schlock. And "One Man Woman/One Woman Man" isn't much better. So I was shocked at just how decent the rest of this set is.

Opening track, "Bring the Wine" is fantastic. Why wasn't this a single? Nothing else reaches that height, but it's safe to say that the two hits are the worst songs here. On "Love Is a Lonely Song", our former teen idol tries to go all Barry White on that ass. And the result would be better described as... Very White. (Thank you, I'm here all week. Make sure to tip your waitress.) The rest of the tracks are surprisingly listenable. The album ends with Anka's own version of "It Doesn't Matter Anymore", a song he originally penned for Buddy Holly, which is probably the best song Anka ever wrote (admittedly not a high bar to reach).

Your feedback for Anka