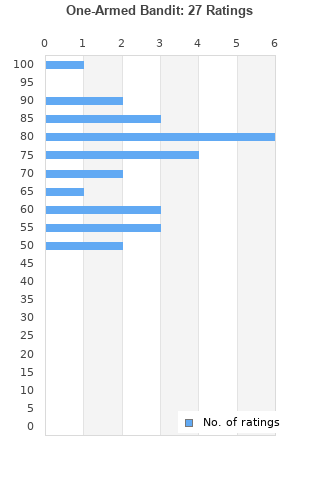 One-Armed Bandit is ranked 2nd best out of 8 albums by Jaga Jazzist on BestEverAlbums.com.

The best album by Jaga Jazzist is What We Must which is ranked number 6621 in the list of all-time albums with a total rank score of 194. 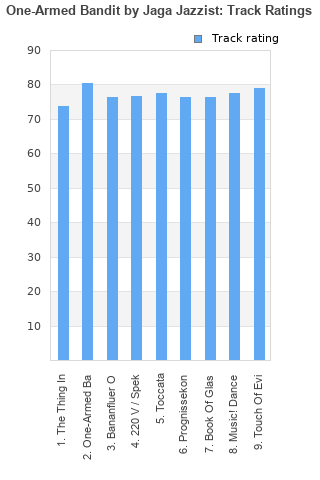 Rating metrics: Outliers can be removed when calculating a mean average to dampen the effects of ratings outside the normal distribution. This figure is provided as the trimmed mean. A high standard deviation can be legitimate, but can sometimes indicate 'gaming' is occurring. Consider a simplified example* of an item receiving ratings of 100, 50, & 0. The mean average rating would be 50. However, ratings of 55, 50 & 45 could also result in the same average. The second average might be more trusted because there is more consensus around a particular rating (a lower deviation).
(*In practice, some albums can have several thousand ratings)
This album has a Bayesian average rating of 72.8/100, a mean average of 72.8/100, and a trimmed mean (excluding outliers) of 72.8/100. The standard deviation for this album is 13.1.

Is it a really great band? Almost!
They have all the ingredients necessary. Great musicianship, taste and creativity.
But somehow they fail on arrangements. Almost every song of this record has tons of instrumentation.
I know the band is big but that doesn't mean that everybody should play at all time.
Also, as I was doing the dedicated listening, the connection to Tortoise appeared and became strong. Funny enough just discovered that John McEntire mixed the album :)
An over-arranged and over-compressed album with great melodies and exciting rhythm games.

Your feedback for One-Armed Bandit