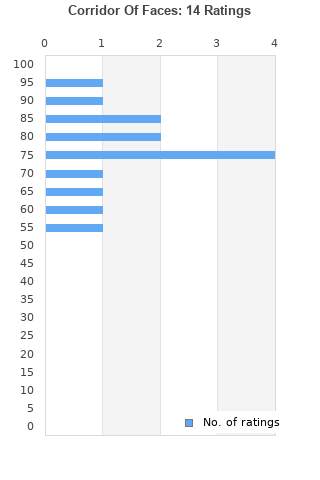 Corridor Of Faces Demos [VINYL], Lazy Smoke, Vinyl, New, FREE & FAST Delivery
Condition: New
Time left: 12d 14h 2m 7s
Ships to: Worldwide
£37.26
Go to store
Product prices and availability are accurate as of the date indicated and are subject to change. Any price and availability information displayed on the linked website at the time of purchase will apply to the purchase of this product.  See full search results on eBay 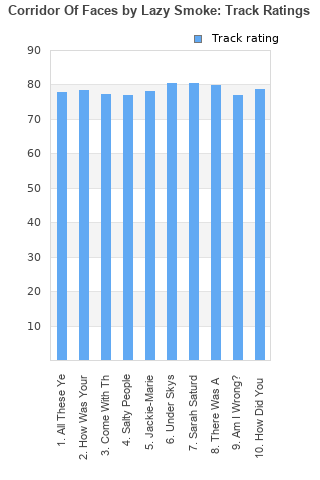 Rating metrics: Outliers can be removed when calculating a mean average to dampen the effects of ratings outside the normal distribution. This figure is provided as the trimmed mean. A high standard deviation can be legitimate, but can sometimes indicate 'gaming' is occurring. Consider a simplified example* of an item receiving ratings of 100, 50, & 0. The mean average rating would be 50. However, ratings of 55, 50 & 45 could also result in the same average. The second average might be more trusted because there is more consensus around a particular rating (a lower deviation).
(*In practice, some albums can have several thousand ratings)
This album is rated in the top 17% of all albums on BestEverAlbums.com. This album has a Bayesian average rating of 74.9/100, a mean average of 76.2/100, and a trimmed mean (excluding outliers) of 76.2/100. The standard deviation for this album is 11.1.

This was a great discovery for me thanks to Nick. Every song is strong and the album changes pace / tempo throughout, sometimes during the same track. The only thing that lets it down slightly for me might be the lyrics - they aren't bad, but they don't leave too big an impression.

Beautiful late 60's "power pop" psychedelic but virtually unknown. Greatly influenced by late 60's Beatles sung by a voice that resembles that of Lennon. If you like Big Star's #1 Record, you will like this one. Not sure how much this one was an influence on it but hearing it you won't miss their many similarities.

Your feedback for Corridor Of Faces