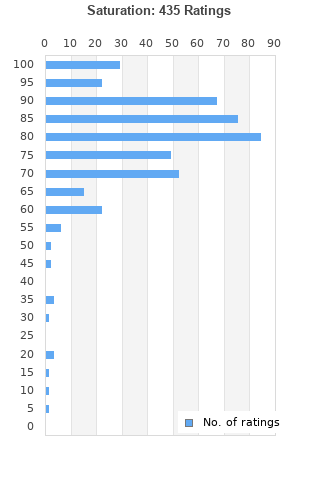 Saturation is ranked 3rd best out of 8 albums by Brockhampton on BestEverAlbums.com.

The best album by Brockhampton is Saturation III which is ranked number 823 in the list of all-time albums with a total rank score of 2,259. 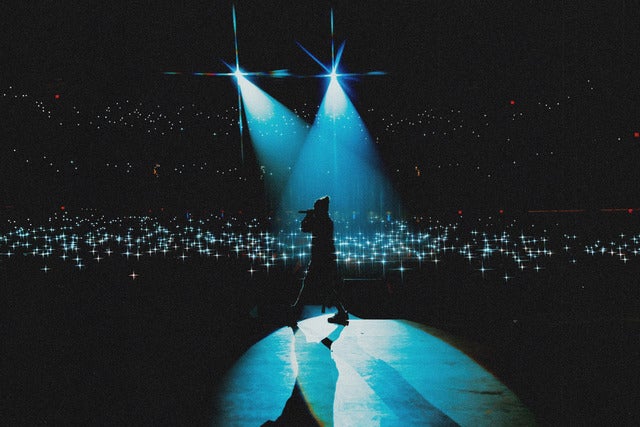 Tickets from Ticketmaster Get tickets
May
22
Sun
19:30 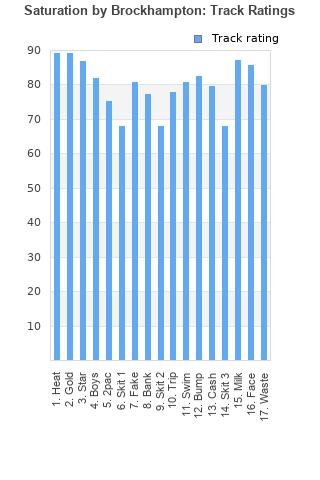 Rating metrics: Outliers can be removed when calculating a mean average to dampen the effects of ratings outside the normal distribution. This figure is provided as the trimmed mean. A high standard deviation can be legitimate, but can sometimes indicate 'gaming' is occurring. Consider a simplified example* of an item receiving ratings of 100, 50, & 0. The mean average rating would be 50. However, ratings of 55, 50 & 45 could also result in the same average. The second average might be more trusted because there is more consensus around a particular rating (a lower deviation).
(*In practice, some albums can have several thousand ratings)
This album is rated in the top 2% of all albums on BestEverAlbums.com. This album has a Bayesian average rating of 80.2/100, a mean average of 79.2/100, and a trimmed mean (excluding outliers) of 80.4/100. The standard deviation for this album is 13.9.

Gets a lot better in the second half

I enjoyed this a lot more than I thought I would. The autotune can be a bit much at times, but I found myself enjoying the album more than cringing at autotune. Very good.

Colour me intrigued (or colour me badd, seeing as they love the “boy band” moniker) about these guys. All three albums they released this year have their charms, but the first works wonderfully as a mission statement.

I'm sure Brockhampton was a surprise for nearly everyone, and It isn't for nothing, the SATURATION trilogy will certainly go down in history for this decade's music.

Such a diversificated group, a thing that hasn't been seen in hip-hop for a long time, with intense instrumentation that embraces all types of genres, it's catchy as hell.

SATURATION was the beginning of It all, and it is one of the best albums of 2017 hands down.

In 2017, I discovered BROCKHAMPTON and took one of the biggest slaps in my life. I think Brockhampton is the most innovative and the best hip-hop band of the last years. The band makes pop, or more generally art, rather than traditional hip-hop. We also find, among its 14 official members (13 now, since the dismissal of Ameer Van following accusations of sexual abuse), singers, as well as a manager, a designer, a photographer and a developer of Web sites. Their personal profiles are also varied, since there are blacks as whites, homosexuals declared (starting with Kevin Abstract himself), as well as heterosexuals. And this diversity is felt in their music, from the first part of "Saturation", a composite record, recorded in a hurry in less than a month, and yet one of the largest album of alternative R&B and experimental hip-hop. In fact, its members do not define Brockhampton as a rap group: they are a boy band. This idea, they take over "Boys", one of the most striking pieces of Saturation, when they compare to One Direction. They are a boy band indeed, but a boy band less civilized than usual; a boy band that has taken control of itself, and rejects the injunctions of the record companies on "Fake"; a boy band who, with his wide-screen music, with his sexual interrogations and his ambiguous relationship with drugs, police, women, their skin color or celebrity, has the grand project of representing America. (I like the 3 albums of the trilogy Saturation and I put a 10/10 to this first opus for the whole trilogy.)

BROCKHAMPTON really came out of the blue and blew everyone away.

I love this album

Your feedback for Saturation