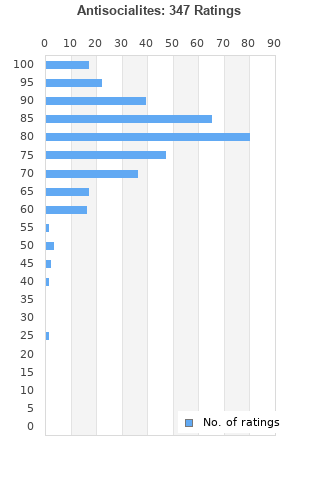 Alvvays - Antisocialites [Used Very Good CD]
Condition: Very Good
Time left: 21h 51m 40s
Ships to: Worldwide
$14.24
Go to store
Product prices and availability are accurate as of the date indicated and are subject to change. Any price and availability information displayed on the linked website at the time of purchase will apply to the purchase of this product.  See full search results on eBay

Antisocialites is ranked 2nd best out of 2 albums by Alvvays on BestEverAlbums.com.

The best album by Alvvays is Alvvays which is ranked number 800 in the list of all-time albums with a total rank score of 2,340. 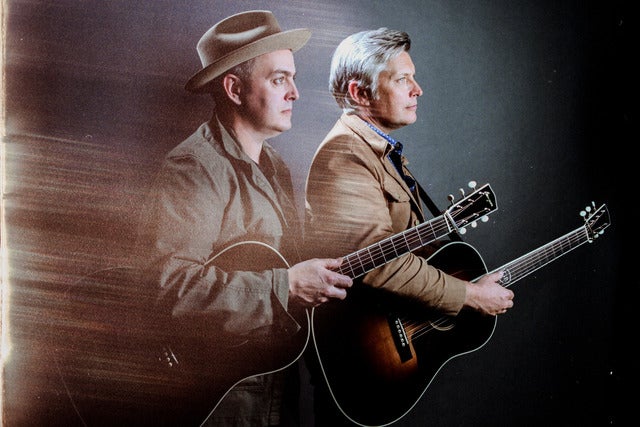 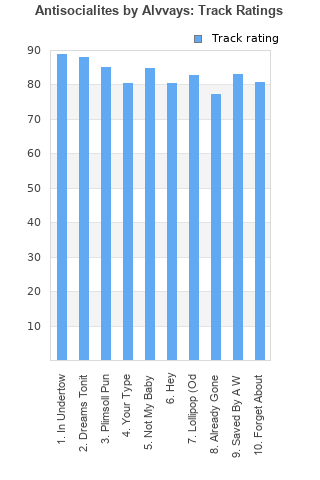 Rating metrics: Outliers can be removed when calculating a mean average to dampen the effects of ratings outside the normal distribution. This figure is provided as the trimmed mean. A high standard deviation can be legitimate, but can sometimes indicate 'gaming' is occurring. Consider a simplified example* of an item receiving ratings of 100, 50, & 0. The mean average rating would be 50. However, ratings of 55, 50 & 45 could also result in the same average. The second average might be more trusted because there is more consensus around a particular rating (a lower deviation).
(*In practice, some albums can have several thousand ratings)
This album is rated in the top 2% of all albums on BestEverAlbums.com. This album has a Bayesian average rating of 79.6/100, a mean average of 79.3/100, and a trimmed mean (excluding outliers) of 79.8/100. The standard deviation for this album is 11.1.

Clever, melancholic, and at times vulnerable lyrics. Music is varied and catchy as hell. Magnific performances by every member of the band all along the record. Classic sounding but with a contemporary twist in production. I don't have enough compliments to this, it's definitely one of my favorite albums of the recently past decade lol.
PS.: As I often describe them to my friends : they're "the best Scottish band in Canada".

Alvvays are very, very good at what they do, and this all sounds consistently lovely and catchy enough to hold your attention throughout. Unfortuantely, this keeps proving that even at their best they're only going to be just Good Enough.

This is actually my preferred Alvvays album; they have this nostalgic twang to their brand of dream pop that just feels so warm and inviting. This album is solid all the way through and definitely a top recording of 2017

The perfect follow up, keeps what made the band great but also takes them somewhere new

The second album improves on the first (although it doesnt have as anthemic a track as "Archie") and distills the various indie pop trends since C86 into their own delectable sound.

It's a really awesome combination of rockabilly, dreampop, and jangle pop. The end-result is a record that is consistently exciting, yet really ethereal.

The way that Antisocialites bounces back and forth between relaxing waves of synths and guitars to fierce punk-rock power chords without losing its identity at any point is really impressive to me.

Overall, just an album that I enjoyed tremendously. Definitely my favorite of 2017.

A mixed record. Some of the more up-tempo songs are good, but there is a little bit too much generic filler

Nothing boring on this entire album!