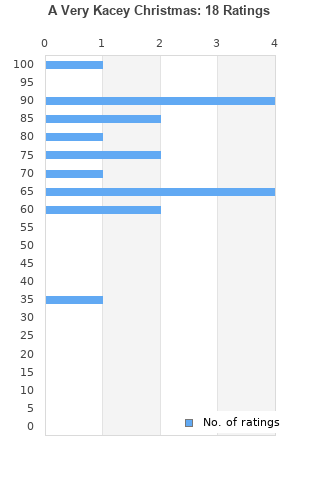 A Very Kacey Christmas is ranked 4th best out of 4 albums by Kacey Musgraves on BestEverAlbums.com.

The best album by Kacey Musgraves is Golden Hour which is ranked number 1019 in the list of all-time albums with a total rank score of 1,797. 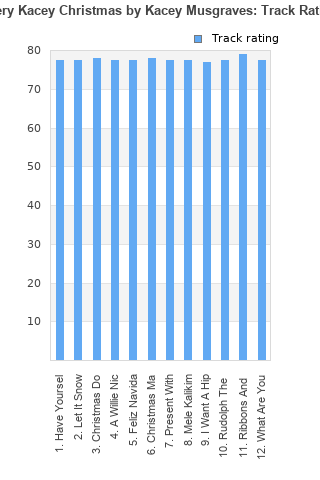 #
Track
Rating/Comments
1.
Have Yourself A Merry Little Christmas
Rating: 78 (1 vote)Comments:

Outliers can be removed when calculating a mean average to dampen the effects of ratings outside the normal distribution. This figure is provided as the trimmed mean. A high standard deviation can be legitimate, but can sometimes indicate 'gaming' is occurring. Consider a simplified example* of an item receiving ratings of 100, 50, & 0. The mean average rating would be 50. However, ratings of 55, 50 & 45 could also result in the same average. The second average might be more trusted because there is more consensus around a particular rating (a lower deviation).
(*In practice, some albums can have several thousand ratings)
This album is rated in the top 5% of albums on BestEverAlbums.com. This album has a mean average rating of 80.0/100. The trimmed mean (excluding outliers) is 79.6/100. The standard deviation for this album is 12.3.

THE GRINCH GETS A HEART

It’s not that I don’t like Christmas. I do! I mean I have a Christmas tree up the entire year! For real. It’s great in the background when I’m doing my tai chi. One of my friends bought it for me last year, and I just never bothered to take it down. I get the occasional snickers from passing drunk frat boys coming from the bars, but I don’t pay them no mind. They don’t bother me.

And my deck is adorned with these cool ass christmas tree lights. They look like little twinkling, globes. They were here when I moved in. When I saw them on the back deck I just knew this random little house was going to be my home.

And I love all the gifts. Watching my kids’ eyes turning two sizes bigger come Christmas morning. I mean that shit is priceless. I even love their manipulative, cajoling little hearts this time of year. As they try to butter me up to buy them certain stuff. Circling stuff on catalogs. Asking me to take selfies of them with random stuff we pass at the mall. There’s no way they believe in Santa. It’s always ME their pleading to their little earnest hearts to. They’re just conning me that they still believe so that they get EVEN MORE presents. I just know it!

But I HATE Christmas music. I’m positively Grinch-like when it comes to that stuff. I hate how it starts in October. I hate how it’s played EVERYWHERE - at the Kwik Mart, Walmart and every fricken' other Mart you could ever think of. I hate how it seems like there’s the same fifteen standards in rotation for like thee freakin’ months of the calendar year.
But most of all, I hate that it’s non-stop. Couldn’t they just sprinkle some Christmas songs in with you know… regular songs? Why does it have to be all Christmas all the time this time of year. I mean variety people. Jeez.

And the new stuff? That’s the worst. Most of it sounds canned. Thrown out as some afterthought to make some quick bucks on the hot new artist of the year.

But NOT this here album! I got it on a whim for my kids from the library, and it’s Daddy who’s really taken a shine to it (although they love it too. especially that Hippo song. lol)

Kacey may talk a good game about growing up in trailer parks and the like, but this album is first class all the way. From the production to the arrangements to the stellar backing band, she’s assembled an incredible supporting cast. A lot of heart went into this here album. This was a love affair. This wasn’t kicked out to make a couple of extra bucks for the holiday season. No siree. Kacey loved making this album. She wanted to make this album. For herself. And it shows. It really, really shows.

From Kacey’s take on all old standards such as Have Yourself A Merry Christmas to originals like Christmas Makes Me Cry, this album has a ton of heart. There’s a warmth. A glow. I feel like I know Kacey far more after this album than her first two proper albums. I loved those first two albums but her spirit really shines through here and gives me a whole different perspective on her.

It’s the perfect album to turnaround those winter blues.

Grade: A. That’s right. A fricken’ A for a Christmas album. That’s how good it is. Merry christmas, y’all! 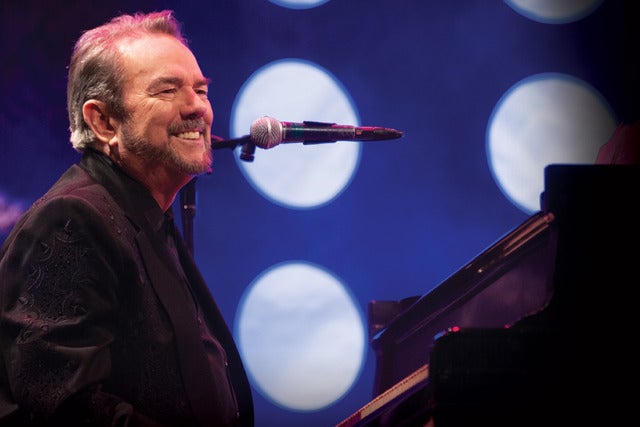 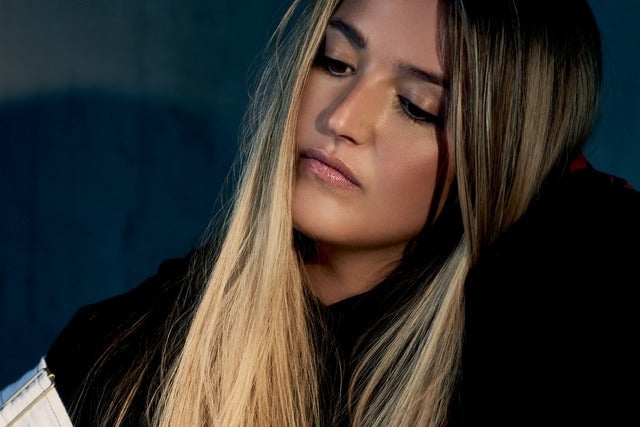 Chelsea Cutler: How to Be Human Tour with Special Guest Alexander 23
House of Blues Boston presented by , Boston, United States. 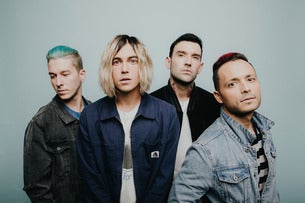 Your feedback for A Very Kacey Christmas