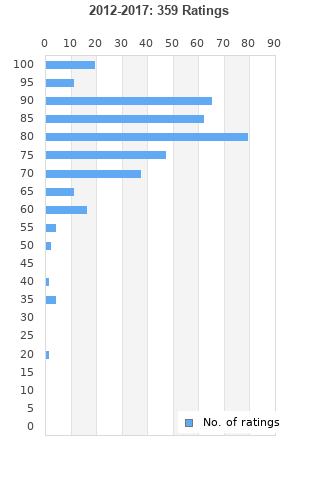 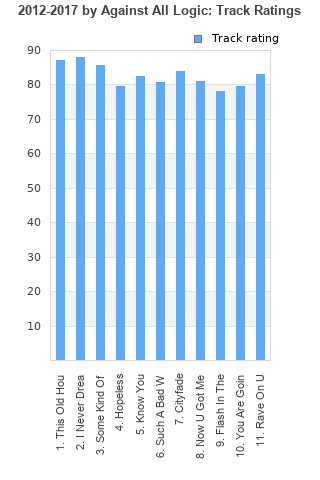 Rating metrics: Outliers can be removed when calculating a mean average to dampen the effects of ratings outside the normal distribution. This figure is provided as the trimmed mean. A high standard deviation can be legitimate, but can sometimes indicate 'gaming' is occurring. Consider a simplified example* of an item receiving ratings of 100, 50, & 0. The mean average rating would be 50. However, ratings of 55, 50 & 45 could also result in the same average. The second average might be more trusted because there is more consensus around a particular rating (a lower deviation).
(*In practice, some albums can have several thousand ratings)
This album is rated in the top 2% of all albums on BestEverAlbums.com. This album has a Bayesian average rating of 80.5/100, a mean average of 79.9/100, and a trimmed mean (excluding outliers) of 80.7/100. The standard deviation for this album is 11.8.

Some of the songs are a little bit long, but they groove so hard it hardly matters.

Great grooves and catchy beats. This was on the verge of being boring, but something with each track brought my interest back everytime.

And btw, This Old House Is All I Have is a damn masterpiece, along with I Never Dream, Know You and Cityfade falling into my favourite tracks of this record. Now You Got Me Hooked feels like it lack something though.

I tried to love this album, I really did, but every single song falls in the okay territory, with the exception of This Old House Is All I Have, which is one of my favorite tracks of the whole year

Brilliant, lush, unique, innovative. What more could you ask for? What it tries to do, it does remarkably well.

This probably says more about my lack of familiarity with house music, but I've fallen more and more in love with this album since its release. Its rhythms are addictive, in that grab your hips and don't let go kind of way, and the whole arc of the tracks here is so well considered and assembled. A passionate, beautiful masterpiece and one that's inspired me to listen to a genre I'd never before spent much time with.

The further into the year we get, the more of a miracle this record feels.