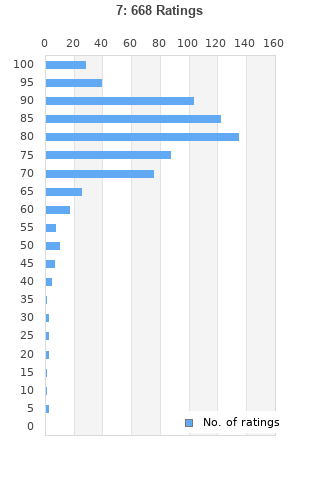 7 is ranked 3rd best out of 9 albums by Beach House on BestEverAlbums.com.

The best album by Beach House is Teen Dream which is ranked number 138 in the list of all-time albums with a total rank score of 12,027. 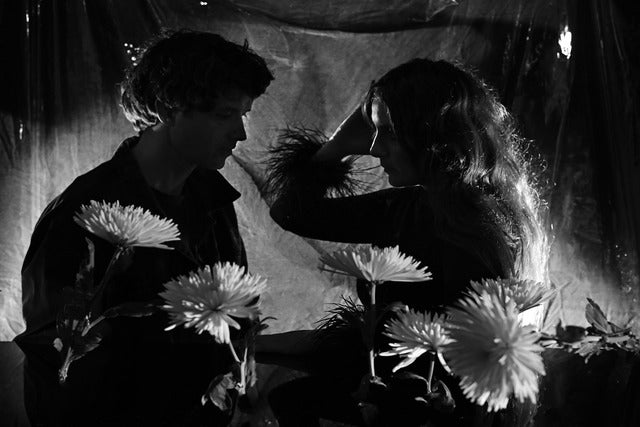 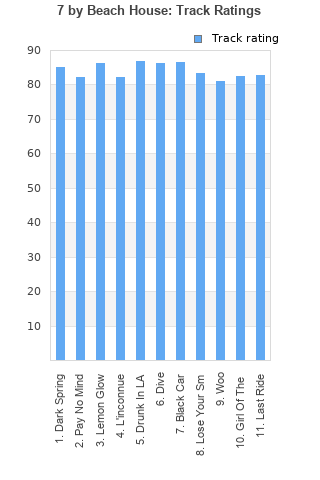 Rating metrics: Outliers can be removed when calculating a mean average to dampen the effects of ratings outside the normal distribution. This figure is provided as the trimmed mean. A high standard deviation can be legitimate, but can sometimes indicate 'gaming' is occurring. Consider a simplified example* of an item receiving ratings of 100, 50, & 0. The mean average rating would be 50. However, ratings of 55, 50 & 45 could also result in the same average. The second average might be more trusted because there is more consensus around a particular rating (a lower deviation).
(*In practice, some albums can have several thousand ratings)
This album is rated in the top 2% of all albums on BestEverAlbums.com. This album has a Bayesian average rating of 80.0/100, a mean average of 78.9/100, and a trimmed mean (excluding outliers) of 80.1/100. The standard deviation for this album is 13.9.

The album starts off incredibly strong with the first 3 tracks being pure pop brilliance. The layering, like on all Beach House albums, is just fantastic and really gives you loads to look into and discover on multiple listens. However, it does dip in quality after the start with there not really being anymore outstanding tracks. They do lose there way and the sound does get a bit confused and not as crisp and clean as on other records. Despite this, there is no real bad track on the album and it is consistently good and very easy to just flow through the 47 minutes. Overall, this is definitely worth a listen and a great record to listen to if you have something to do while it is on but it isn't the best Beach House album in my opinion.

I love Beach House but I haven't been able to get into this album. Pay No Mind and Dark Spring have been the only standouts in my experience. Depression Cherry should be ranked above this one, as its near perfect in my opinion.

Certainly better than Bloom. I forgot I was even listening to anything at certain points, this album just sort of sits in the background most of the time, which can be interpreted as either bad or good. It works well for 7, as there's not a whole lot to sink your teeth into here. Dive and Pay No Mind are the best songs on here.

Messing with the formula... but not in a bad way. This band is too smart to realize that dream pop needs to be pushed forward, intruding on other genres. This album does just that.

They've found ways to pull different atmospheric sounds out of Alex's guitar beyond arpeggios and downstrokes. He has some serious shredding moments that remind me of "Knock Knock Knock" by Spoon. Victoria has also experimented with new sounds on her synth. As predicted, the production is incredible at weaving it all together. I would say the only downside is that some songs are more exciting to hear than others, which is expected as the band doesn't just completely abandon their older sound, nor do we want them to do this.

If you don't want to listen to the album, listen to: Dark Spring, Lemon Glow, Drunk in LA, Dive, Black Car, Last Ride

Wow! What a left hook from an already great band! I've been listening to Beach House pretty much nonstop for the last 3 or 4 weeks- started in the middle with Bloom and Teen Dream, then branched out, listening to each album a couple times before moving on to a new one. I have to say that I was fairly certain of the sound I'd be consistently hearing out of the band, but boy, was I wrong in the best way!
This album has the core sound that makes Beach House so enveloping and mesmerizing, but it adds layers upon layers of synth and noise-rocky guitar, along with a few tracks with a very punchy beat! Victoria and Alex are always on-point with their execution, and their instrumental range has extended to this more punky vibe. Victoria even sings a song in French, which is a welcomed change, but still so dreamy and atmospheric.
I'm looking forward to listening to this album a couple more times before making a definitive rating, but right now, I'm sitting at a 85/100 with the weak points only being the structures of some songs and then just getting used to the sound. I didn't pay as much attention to the lyrics, so that score could rise another 5 or 10 points!

Best tracks come after half of the album
Very good album by beach house, get into your feelings if you are thinking about the universe for example, think they have been improving album after album
One of the best bands of the decade

7 introduced me to Beach House and still is the only album I really liked from them. Although I ain't a fan of Dream pop this album makes the cut for me.