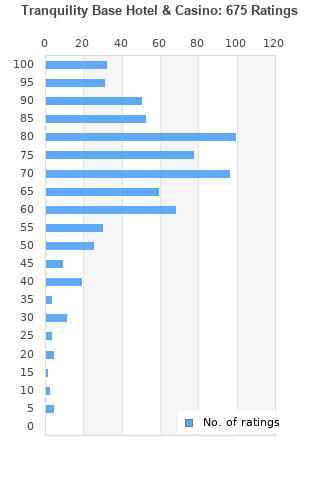 Tranquility Base Hotel & Casino is ranked 5th best out of 9 albums by Arctic Monkeys on BestEverAlbums.com.

The best album by Arctic Monkeys is Whatever People Say I Am, That's What I'm Not which is ranked number 55 in the list of all-time albums with a total rank score of 21,994. 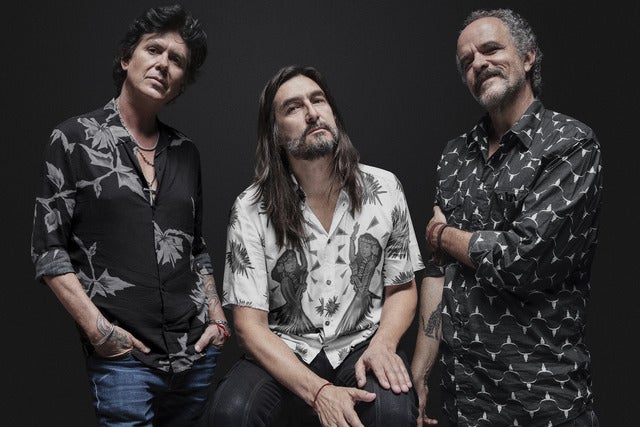 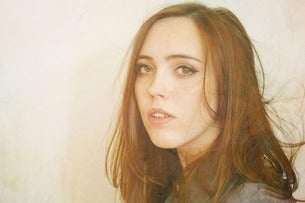 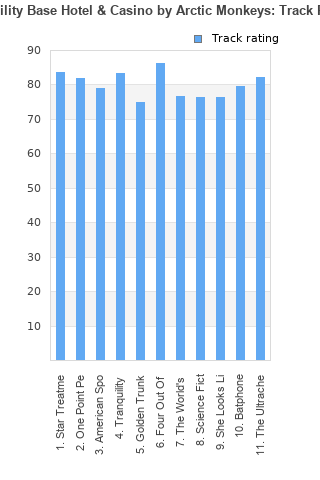 Rating metrics: Outliers can be removed when calculating a mean average to dampen the effects of ratings outside the normal distribution. This figure is provided as the trimmed mean. A high standard deviation can be legitimate, but can sometimes indicate 'gaming' is occurring. Consider a simplified example* of an item receiving ratings of 100, 50, & 0. The mean average rating would be 50. However, ratings of 55, 50 & 45 could also result in the same average. The second average might be more trusted because there is more consensus around a particular rating (a lower deviation).
(*In practice, some albums can have several thousand ratings)
This album has a Bayesian average rating of 71.9/100, a mean average of 71.1/100, and a trimmed mean (excluding outliers) of 71.9/100. The standard deviation for this album is 17.6.

A very different sounding Arctic Monkeys, and I must say I preferred their older sound, but still a decent album and a worthy part of their discography. Although there is a big drop off in the second half of the album. My favourites are Star Treatment and Four out of Five.

Yeah this definitely sounds more 1998 than 2028, but at least it's more interesting than their previous couple of records if oddly less rewarding? if that makes any sense, just an attempt at a latter-day change-up that just doesn't have enough going on to keep coming back to or really push themselves in any novel, forward directions. Still listenable throughout, if that's worth anything at this stage.

Second best Arctic Monkey's album. The first side is amazing, the second side is very meh. It get's too much hate for being different, but it is good and important that they widen their horizons, and in my opinion they did great.

It's an interesting direction the band took after the completely overrated and uninspired AM. I like the idea and the production/mixing, though the second half really lacks on the album. The first four songs are very easy to listen to straight through, and if Four Out of Five didn't draw on for 30 seconds too long, the first 7 would be easy to listen to. However, Golden Trunks, Science Fiction, and The Ultracheese are forgettable and a little too indulgent for what they are. Nevertheless, they provide a different sounding record that hearkens back to Bowie and piano rock albums, and give me as a fan something to look forward to. Not the best, but not the worst by any means.

They sacrifice edge and clever hooks for loungey cool. Not a good trade.

Not a bad album at all. They take the vapid feeling of AM and color it in with lush production and a nice variety of instrumentation. The lyricism is witty and cynical, but the sounds give it an elegant, Bowie-esque feel. "Science Fiction" and "Golden Trunks" aren't good, but I like the concept of the rest of the album. The first four songs are a particular highlight for me. They flow very well. I just hope they give Jamie Cook and Matt Helders more to do going forward. They're incredibly talented musicians but are relegated to secondary roles here.

Even if you wanna believe rock isn't dead yet, it sure has lost all its edge. All of it. It's painful to watch.

Pretty mediocre. The "witty" writing, if you can call it that, gets old pretty fast, and the hardcore fans who claim whats-his-face is a lyrical genius don't do much to make me change my mind. Unfortunately this album feels like it drags on even though it's just over 40 minutes. I suppose this isn't my cup, and it probably is one of those albums that'll sit on my laptop for a few years, before I delete. It's such a shame. This album is fine from a technical standpoint, but it just don't connect and honestly already feels 10 years stale.

This album is the proof that Arctic Monkeys are in constant evolution. Who thought they would move from WPSIA to this moody, cool record ? Well, it’s this kinda mood that makes me like this beautiful album led by the sublime Four Out of Five.

Your feedback for Tranquility Base Hotel & Casino