Come Around Sundown (studio album) by Kings Of Leon 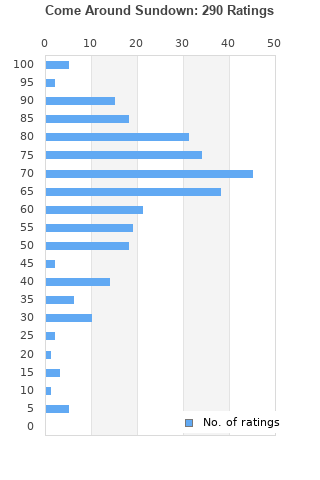 Kings Of Leon - Come Around Sundown Cd Ex Cd
Condition: Very Good
Time left: 9h 11m 45s
Ships to: Worldwide
£4.50
Go to store
Product prices and availability are accurate as of the date indicated and are subject to change. Any price and availability information displayed on the linked website at the time of purchase will apply to the purchase of this product.  See full search results on eBay

Come Around Sundown is ranked 5th best out of 10 albums by Kings Of Leon on BestEverAlbums.com.

The best album by Kings Of Leon is Only By The Night which is ranked number 800 in the list of all-time albums with a total rank score of 2,373. 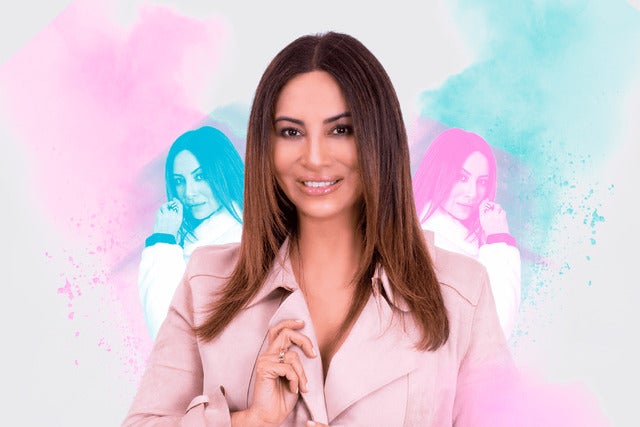 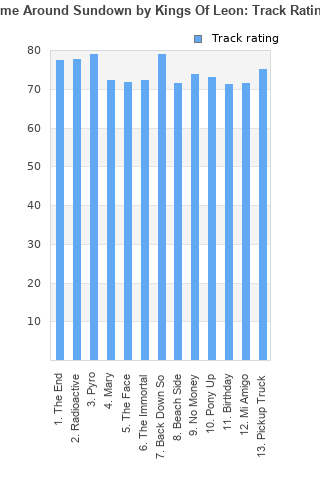 Rating metrics: Outliers can be removed when calculating a mean average to dampen the effects of ratings outside the normal distribution. This figure is provided as the trimmed mean. A high standard deviation can be legitimate, but can sometimes indicate 'gaming' is occurring. Consider a simplified example* of an item receiving ratings of 100, 50, & 0. The mean average rating would be 50. However, ratings of 55, 50 & 45 could also result in the same average. The second average might be more trusted because there is more consensus around a particular rating (a lower deviation).
(*In practice, some albums can have several thousand ratings)
This album has a Bayesian average rating of 65.3/100, a mean average of 64.0/100, and a trimmed mean (excluding outliers) of 65.1/100. The standard deviation for this album is 18.8.

Come Around Sundown's opening tracks is appropriately called "The End". The End of a unique rock band and the beginning of the arena rock version of Maroon 5.

All the songs try to plug into the success of Only By The Night. Everything here however is mid-tempo melodic rockers that bleed into each other like a muddled puddle of mush.

It's not a secret at this point that the lead singer is struggling with the Rock and Roll lifestyle. Come Around Sundown is a phone in attempt at some radio singles and cash.

It's not bad music. It just isn't memorable. And this was a truly unique band so seeing them morph into a radio clone is disheartening and upsetting for me and other fans.

Even this pleasant inoffensive set of songs offends. Because of its blandness.

Actually really enjoy this album. Hard to follow up a highly successful and popular previous record. Shows the Brothers have good family values with a strong Christian upbringing and not being afraid to show on some gospel influenced songs. It's a a backyard summer album with a relaxing cold beer album love it

Typical. A band has a sound that works for them, they refine it, and it builds up to a commercial smash. Then they have no idea what to do for a follow-up. so they so a weak re-hash.

Gets better the more you play it this one best tracks Pyro,Radioactive,Pick Up Truck,Back Down South saw them live on this tour at Hyde Park 'Top Dogs'.

Solid album, but a big drop off from Only by the Night.

A poor effort by a great band.

It may take a few listens, but I think most KOL fans should appreciate this album. This is an album without a weak link for me. Great summer afternoon BBQ album start to finish. Favorite tracks are Pyro, Back Down South, No Money, and Birthday.

I understand why this alienated a lot of Kings fans. It doesn't have the singles Only by the Night has, and it still is a far cry from their earlier raw stuff. To me it feels like the first time they made the record they wanted to make without worrying about what anyone else wanted. And I think it sounds great.

Worst Kings of Leon so far... And that is saying something.

Your feedback for Come Around Sundown