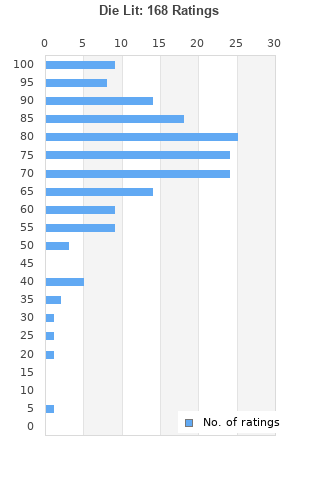 Die Lit is ranked as the best album by Playboi Carti. 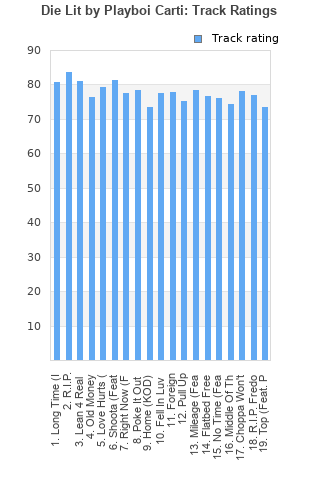 Outliers can be removed when calculating a mean average to dampen the effects of ratings outside the normal distribution. This figure is provided as the trimmed mean. A high standard deviation can be legitimate, but can sometimes indicate 'gaming' is occurring. Consider a simplified example* of an item receiving ratings of 100, 50, & 0. The mean average rating would be 50. However, ratings of 55, 50 & 45 could also result in the same average. The second average might be more trusted because there is more consensus around a particular rating (a lower deviation).
(*In practice, some albums can have several thousand ratings)
This album has a mean average rating of 70.0/100. The trimmed mean (excluding outliers) is 71.1/100. The standard deviation for this album is 17.9.

This is fun. How can you not like fun?

An entrancing album on which Carti hones his craft but still falls victim to the problem of filler that seems to be plaguing so many albums these days, granted there is less of it here than on most. There are a few great tracks, a lot of good ones but a few that miss the mark. The production is fantastic and that is not only a credit to the actual producers but to Carti himself. He uses his voice more like an instrument than anything else. The way he ad-libs in and out of the beat gives the entire album a collective aesthetic that does a lot for its overall quality. There aren't many artists (especially in hip hop) so willing to fade into the background of their music the way Carti does. And he takes a strong stance against slut-shaming, he can do it all.

The "mumble rap" pejoratively denotes a sub-genre of trap music characterized by the impression of hearing music with incomprehensible text. It is difficult to know if there will be many classic albums of this musical genre (I think that Young Thug's "Jeffery" or Migos "Culture" can, perhaps, represent this new generation.) With the arrival of many "soundcloud rapper", Playboi Carti (falsified "mumble rapper") is by far demarcated by his particular flow style. "Die Lit", his first album, will not be to everyone's taste. The peculiar production of Pi'erre Bourne (already present on the previous mixtape) can push back with its simplicity and purposely soiled appearance, just as the flow of Carti, apart from its category, will leave some on the floor. The attraction of "Die Lit" lies in the bazaar he proposes, a journey halfway between crazy madness and childlike lightness. Is this a classic? Only time will tell, but I think so. This album is really part of my favorites of 2018 and Carti is currently the best soundcloud rapper.

Why is this so fucking good. I can’t stop listening to this album, I listen to it almost every. single. day. 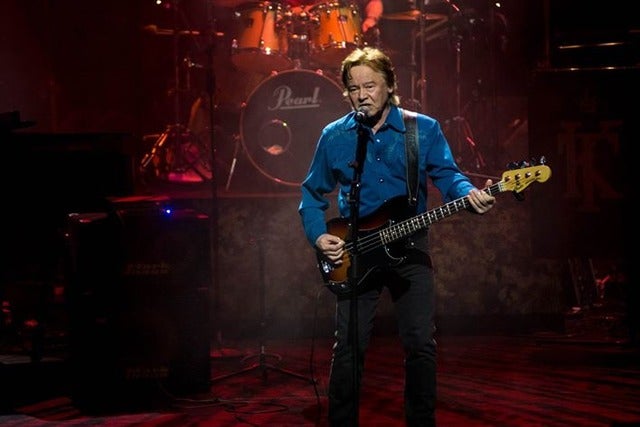 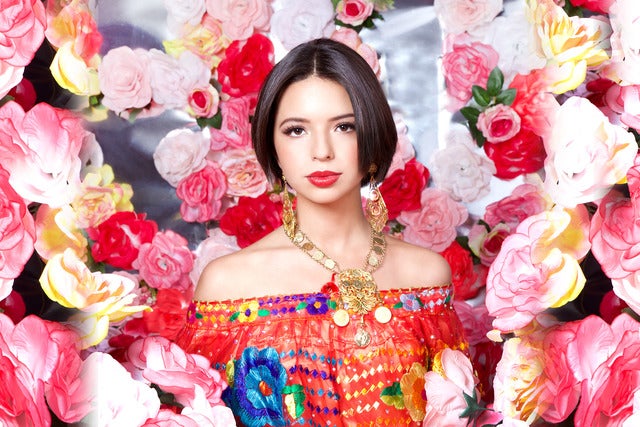 Your feedback for Die Lit