My Generation (studio album) by The Who 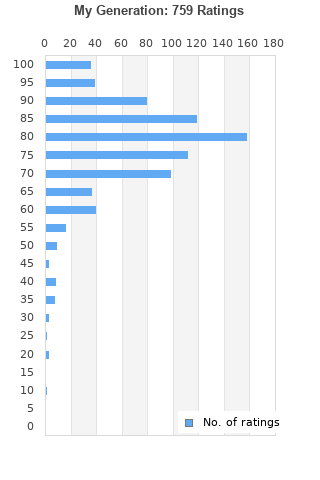 The Who : My Generation-Very Best of TH Rock 1 Disc CD
Condition: Very Good
$4.71

My Generation is ranked 6th best out of 46 albums by The Who on BestEverAlbums.com.

The best album by The Who is Who's Next which is ranked number 39 in the list of all-time albums with a total rank score of 28,186. 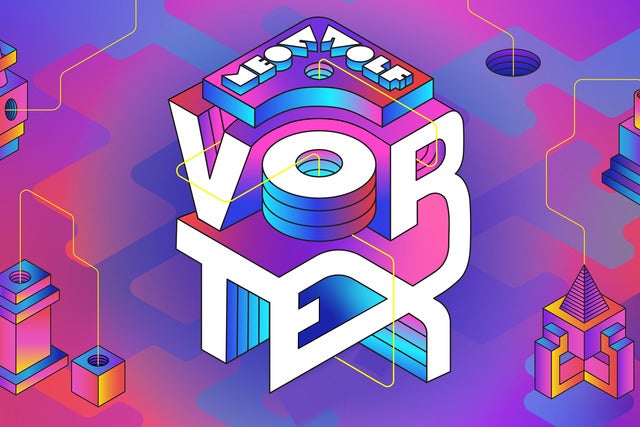 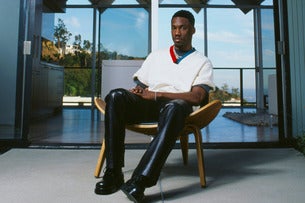 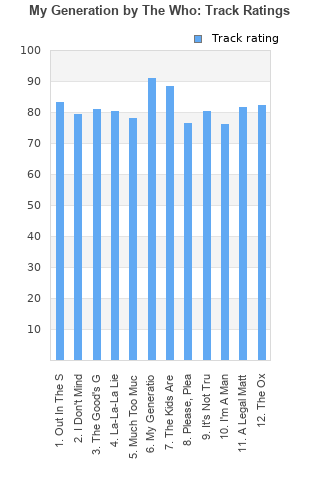 Rating metrics: Outliers can be removed when calculating a mean average to dampen the effects of ratings outside the normal distribution. This figure is provided as the trimmed mean. A high standard deviation can be legitimate, but can sometimes indicate 'gaming' is occurring. Consider a simplified example* of an item receiving ratings of 100, 50, & 0. The mean average rating would be 50. However, ratings of 55, 50 & 45 could also result in the same average. The second average might be more trusted because there is more consensus around a particular rating (a lower deviation).
(*In practice, some albums can have several thousand ratings)
This album is rated in the top 3% of all albums on BestEverAlbums.com. This album has a Bayesian average rating of 78.3/100, a mean average of 77.5/100, and a trimmed mean (excluding outliers) of 78.4/100. The standard deviation for this album is 13.3.

Great debut album, it's not perfect and honestly there is only a couple songs here that I really like and probably my favorite is The Kids Are Alright.

I'd say not my favourite from The Who (at least 4 better than this...), anyway, spread in the album, there are some good, and to be developed, themes

I always forget how influential the Who were in creating a heavier sound. My Generation has an almost punk vibe to it.

Best tracks: My Generation, The Kids Are Alright
Worst tracks: La La La Lies, Much Too Much, It's Not True, A Legal Matter

Fun but very uneven debut album from The Who. Lots of excellent stuff (title track, The Kids Are Alright, Out in the Street, The Ox, A Legal Matter), but also lots of boring blues cover and so-so pop tunes. They would achieve better stuff later on, but this was a fine start.

These guys were absolutely deafening for the time. Keith Moon is a monster on those drums. Nobody was hitting as hard as he was in 1965. Unfortunately, that's really the only thing that sticks out on this album, aside from a couple highlights (Out in the Street, title track, The Kids Are Alright, The Ox). But I can always head bang along to Moon's drumming.

The Kids Are Alright and My Generation do stand heads and shoulders above the rest, but the rest is still good, so...

The songwriting, for the most part, is unexceptional. Enjoyable, definitely, but unexceptional. The arrangements, however, elevate them past their melodic deficiencies. Especially the vocals. I love Daltrey's vocals.

Not bad at all. Love the instrumental "The OX"

There "My Generation" and there's everything else on this album. The eponymous song is the best on the record without a doubt and it's not really that close, in my opinion. Everything else is a surface level rehashing of the popular music around at the time. There isn't anything, that I can hear, worthy of much praise other than the one song. That's not to say the other tracks are bad; they're alright just not anything special.

Your feedback for My Generation