Thank U, Next (studio album) by Ariana Grande 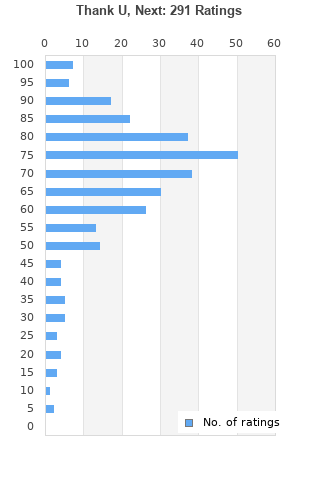 Ariana Grande - Thank U, Next Target Exclusive Clear Vinyl LP Record Explicit
Condition: Used
Time left: 12h 38m 59s
Ships to: Worldwide
$24.99
Go to store
Product prices and availability are accurate as of the date indicated and are subject to change. Any price and availability information displayed on the linked website at the time of purchase will apply to the purchase of this product.  See full search results on eBay

Thank U, Next is ranked 2nd best out of 8 albums by Ariana Grande on BestEverAlbums.com.

The best album by Ariana Grande is Sweetener which is ranked number 3194 in the list of all-time albums with a total rank score of 465. 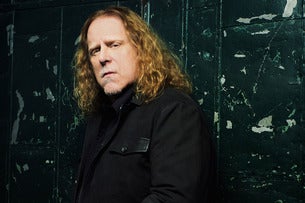 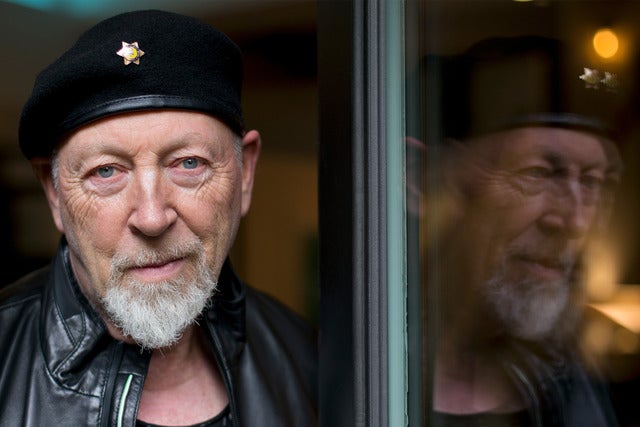 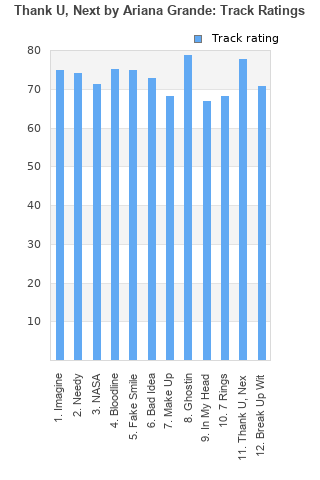 Thank U, Next rankings

Thank U, Next collection

Thank U, Next ratings

Rating metrics: Outliers can be removed when calculating a mean average to dampen the effects of ratings outside the normal distribution. This figure is provided as the trimmed mean. A high standard deviation can be legitimate, but can sometimes indicate 'gaming' is occurring. Consider a simplified example* of an item receiving ratings of 100, 50, & 0. The mean average rating would be 50. However, ratings of 55, 50 & 45 could also result in the same average. The second average might be more trusted because there is more consensus around a particular rating (a lower deviation).
(*In practice, some albums can have several thousand ratings)
This album has a Bayesian average rating of 69.3/100, a mean average of 68.2/100, and a trimmed mean (excluding outliers) of 69.1/100. The standard deviation for this album is 18.6.

Thank U, Next favourites

Thank U, Next comments

Better that her previous album, but certainly not the best album of the year (as Rolling Stones magazine placed it).

What makes this so good is that it's *cool*. Most pop albums like this are cringy but this one manages not to be

Was pleasantly surprised by this one, have never particularly liked Grande. However, this is an undoubtedly good pop album, perhaps lacking in fresh ideas, but what it does it does well. fake smile is a particular treat, never thought I would hear a reused Wu Tang sample on a pop album without wanting to throw the CD out of the window.

Warning: any and all enjoyment will trigger your girlfriend into dumping you. Listen responsibly.

Yeah, no, it's totally fine. Not anything mind-blowing, but it's good. Instrumentals and production are a bit hit and miss--none of it is bad, but it osculates between being really cool and being bland. I enjoy the personality and themes on display. Solid across the board.

It is what it is - a decent pop record with hits and misses. It's a time piece of what is trendy late in this decade. Ariana's vocals are generally pretty good albeit occasionally over-processed (go figure) and the trap / r&b is tasteful for the most part. It is consistent on the verge of homogeneous, but that's not so bad of a thing. I'll have a fond memory of listening to this on a 1 hour flight and following along where I was on google earth while looking out of my window seat. In particular I remember listening to her "NASA" song (which by the way is by all objective reasoning a trivial song but I love it). Suspend your disbelief a little bit and some of her catchy lyrics you can relate to if you're not looking for a ton of depth.

I hear a lot of Beyonce's Lemonade and a lot of Rihanna, and past Ariana honestly. I've heard it 7 times now, feel like I've processed it, I probably am done with it for now but maybe I revisit it in a few years to remember those couple weeks in 2019 when I would throw it on in the background.

sadly, nothing special there

Your feedback for Thank U, Next