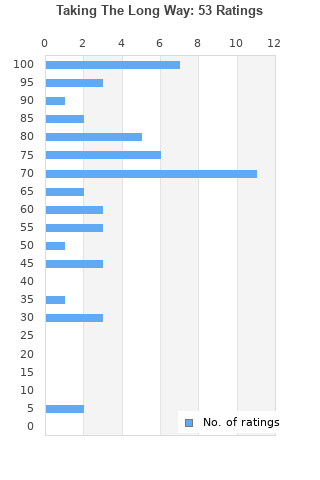 Dixie Chicks Fly Home Wide Open Spaces Taking The Long Way MINT UNOPENED
Condition: New
Time left: 17h 44m 24s
Ships to: Worldwide
$199.99
Go to store
Product prices and availability are accurate as of the date indicated and are subject to change. Any price and availability information displayed on the linked website at the time of purchase will apply to the purchase of this product.  See full search results on eBay

Taking The Long Way is ranked 2nd best out of 4 albums by Dixie Chicks on BestEverAlbums.com.

The best album by Dixie Chicks is Home which is ranked number 3245 in the list of all-time albums with a total rank score of 444. 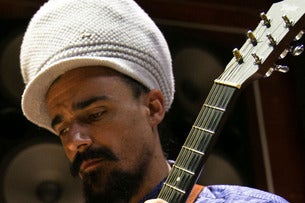 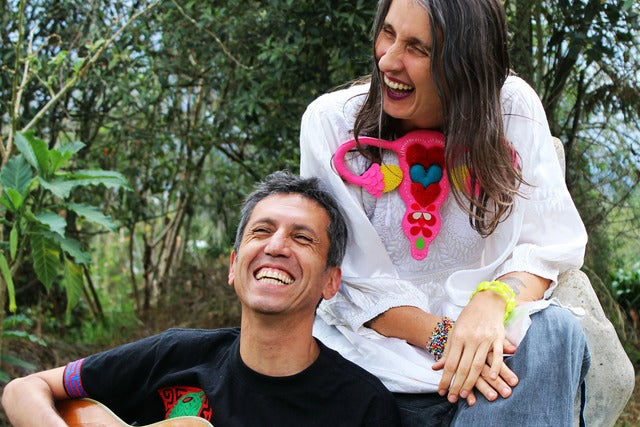 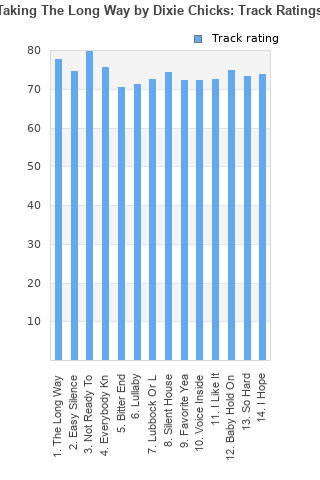 Rating metrics: Outliers can be removed when calculating a mean average to dampen the effects of ratings outside the normal distribution. This figure is provided as the trimmed mean. A high standard deviation can be legitimate, but can sometimes indicate 'gaming' is occurring. Consider a simplified example* of an item receiving ratings of 100, 50, & 0. The mean average rating would be 50. However, ratings of 55, 50 & 45 could also result in the same average. The second average might be more trusted because there is more consensus around a particular rating (a lower deviation).
(*In practice, some albums can have several thousand ratings)
This album has a mean average rating of 67.0/100. The trimmed mean (excluding outliers) is 66.7/100. The standard deviation for this album is 24.4.

I'm consistently impressed by the Dixie Chicks. Coming off a fiasco and not afraid to reference it, these girls have taken anger and new country to a new level, defying the downfalls of their genre to create something really very good. Don't let "Goodbye Earl" temper your expectations of this record -- this is strong record in a genre that pretty steadily pours crap into the mainstream.

With this album the Dixie Chicks made a true masterpiece. This is by far their most consistent and most personal album they have released. Considering how strong their three previous albums are, this really says a lot. Rick Rubin's production is simply perfect for their music.
For the first time the chicks have released an album of entirely new originals. The album has been long awaited, not least due to the controversal statements of Natalie Maines, which made many fans turn their back the group. It seems all this controversy made the girls want to make the perfect album - and in my opinion they have succeeded. Each song is a gem; sdveral are potential classics.

The album starts off extremely stongly with three outstanding tracks. "The Long Way Around" is simply so catchy that it must be the obvious choice for their next single. The album contains a handful of great ballads, and "Easy Silence" may very be the strongest - a very moving and personal song, which also could turn out to have hit-potentials.

"Not Ready to Make Nice", the first single, deals lyrically directly with the political controversy, and muscially it's another outstanding track. "Everybody Knows" and "Bitter End" are more "country" and traditional Dixie Chicks - both fine tracks. "Lullaby" is what it says - a quiet acoustic lullaby - and a beautiful one.

"Lubbock or Leave it" is an up-beat bluegrass rocker; not unlike some of the tracks from "Home", though heavier produced. "Silent House" is dark ballad - lyrically dealing with getting old. "Favorite Year" is another personal favourite; a very catchy track sounding a lot like Sheryl Crow, which is really no surprise, as Crow co-wrote the song with Martie and Natalie.

The funky and groovin' "I Like it" shows that the girls are not afraid to step completely away from their country-roots. "Baby Hold On" is a fine rock-ballad - interesting sound on the lead guitar. "I Hope" was released a Katrine charity track; another soulful recording and a worthy closing track.

"Taking the Long Way" was one of the greatest records released that year, and it is very likely to be an album 2006 will be remembered for.

Your feedback for Taking The Long Way