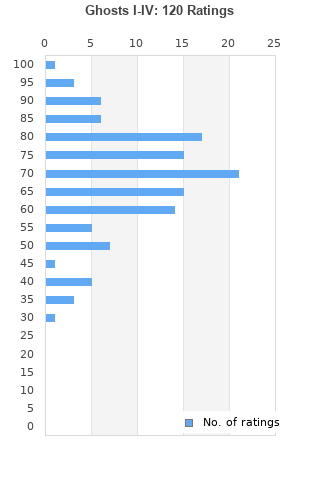 Nine Inch Nails ‎– Ghosts I-IV - 2 CDs - Digipak - (C419)
Condition: Very Good
Time left: 17h 4m 50s
Ships to: Worldwide
$30.00
Go to store
Product prices and availability are accurate as of the date indicated and are subject to change. Any price and availability information displayed on the linked website at the time of purchase will apply to the purchase of this product.  See full search results on eBay

Ghosts I-IV is ranked 8th best out of 22 albums by Nine Inch Nails on BestEverAlbums.com.

The best album by Nine Inch Nails is The Downward Spiral which is ranked number 142 in the list of all-time albums with a total rank score of 12,203. 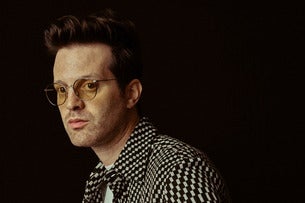 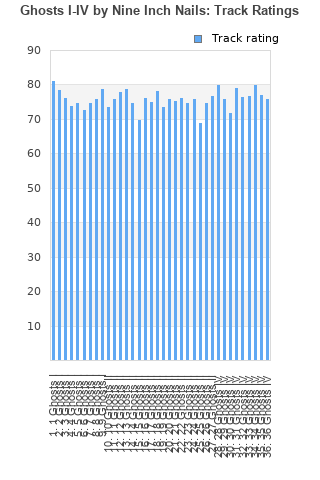 Rating metrics: Outliers can be removed when calculating a mean average to dampen the effects of ratings outside the normal distribution. This figure is provided as the trimmed mean. A high standard deviation can be legitimate, but can sometimes indicate 'gaming' is occurring. Consider a simplified example* of an item receiving ratings of 100, 50, & 0. The mean average rating would be 50. However, ratings of 55, 50 & 45 could also result in the same average. The second average might be more trusted because there is more consensus around a particular rating (a lower deviation).
(*In practice, some albums can have several thousand ratings)
This album has a Bayesian average rating of 69.0/100, a mean average of 68.7/100, and a trimmed mean (excluding outliers) of 68.7/100. The standard deviation for this album is 14.3.

It is very meritorious (and certainly brave as well) that Trent R ventures into the creation and release of a full album of Dark Ambient music. Ghost is not on the roads that Eno, Budd and others have taken. The music clearly and emphatically bears the stamp of NIN (distortion), although the choice and use of certain instruments such as glockenspiel or banjo is not obvious. Some tracks are also industrial metal without vocals than recognizable Ambient music. What Ghosts especially misses is the power of suggestion and a certain consistently applied form of minimalism. It’s mostly a collection of moods. As a result, the album fits in better with the typical, particularly expressive NIN Sound, but does not give the listener the opportunity to recall his own images or to fully appropriate the music. I don't like to say it, but that makes Ghosts only half successful. The tracks "13 Ghosts II", "I'm Not from This World" (on "Bad Wich") and "Four of Us Are Dying" ("The Slip") leave room in the sound image and burst of suggestion . That is why they can easily pass for Dark Ambient. Other tracks are too complete in terms of sound image or reduced to mere collages. In summary: creditable, but just not successful. Trents great examples and predecessors such as Bowie or Gary Numan did / do better in this genre.

I'll be damned if this isn't the greatest homework album ever.

I like a lot of the songs, but put back to back to back like this it starts to feel like a barrage of half-completed ideas. And especially with an album this big (almost two hours), its lacking that certain unity that makes it feel like a whole. I would recommend looking at it, and listening to it, as if it were 4 different EPs, which it kindof is. That would probably make it a little more managable.

The four side long suites have very little in common with most of NIN's discography, but it is still very very good. Much more difficult to get into, but rewarding if given a chance.

I love this album. Especially 01 Ghosts I, but the entire thing is pretty breathtaking.

I need to check out more ambient stuff.

There is a lot to digest hear. Most of it sounds good and you could spend days with this album. I enjoyed it when the piano played most. No particular highlight on the album but I supose that isn't the point here.

Your feedback for Ghosts I-IV