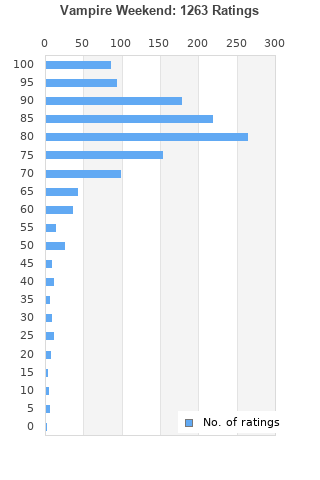 Vampire Weekend ‎- Modern Vampires Of The City - Indie Rock - Slipcase (C386)
Condition: Very Good
Time left: 2h 39m 40s
Ships to: Worldwide
$19.99
Go to store
Product prices and availability are accurate as of the date indicated and are subject to change. Any price and availability information displayed on the linked website at the time of purchase will apply to the purchase of this product.  See full search results on eBay

The best album by Vampire Weekend is Modern Vampires Of The City which is ranked number 122 in the list of all-time albums with a total rank score of 14,015. 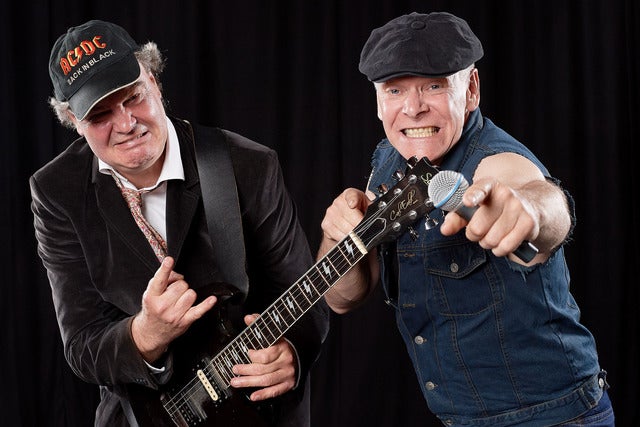 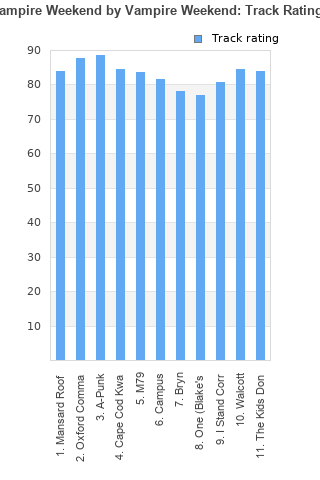 Rating metrics: Outliers can be removed when calculating a mean average to dampen the effects of ratings outside the normal distribution. This figure is provided as the trimmed mean. A high standard deviation can be legitimate, but can sometimes indicate 'gaming' is occurring. Consider a simplified example* of an item receiving ratings of 100, 50, & 0. The mean average rating would be 50. However, ratings of 55, 50 & 45 could also result in the same average. The second average might be more trusted because there is more consensus around a particular rating (a lower deviation).
(*In practice, some albums can have several thousand ratings)
This album is rated in the top 2% of all albums on BestEverAlbums.com. This album has a Bayesian average rating of 80.7/100, a mean average of 78.9/100, and a trimmed mean (excluding outliers) of 80.8/100. The standard deviation for this album is 16.0.

Enjoyable listen. Nothing really comes close to A-Punk though.

This is just a joy to listen to, poppy (and preppy), uplifting and beautifully executed.

Second album I've heard from Vampire Weekend and it's clear this band ain't my thing, didn't enjoy either record. I just don't find them to be particularly interesting.

What a great way to start a music career for a band. My only is this album solid front to back, but it allows Vampire Weekend some wiggle room to explore a variety of genres without doing 180s. The world music vibe with the alt-Rock core is a very suitable home for them! Koenig’s lyrics and Rostam’s production are big highlights for their first couple albums.

This album in indie gold. The melodies on this album are masterclass. The mixes are great, and the beats are infectious. I was obsessed with the beat in Mansard Roof for weeks, I still have fun slapping it out with my hands.

Your feedback for Vampire Weekend