Dragnet (studio album) by The Fall 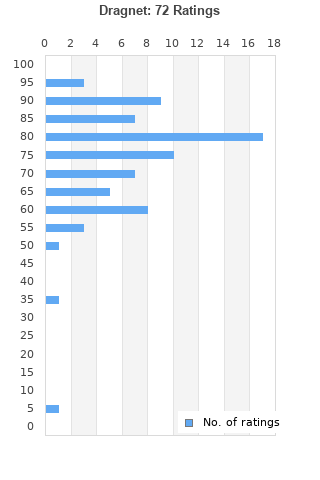 Dragnet is ranked 9th best out of 50 albums by The Fall on BestEverAlbums.com.

The best album by The Fall is This Nation's Saving Grace which is ranked number 957 in the list of all-time albums with a total rank score of 1,938.

Margo Price ' Til The Wheels Fall Off Tour with Kam Franklin (of The Suffers)
Chelsea’s Live, Baton Rouge, United States. 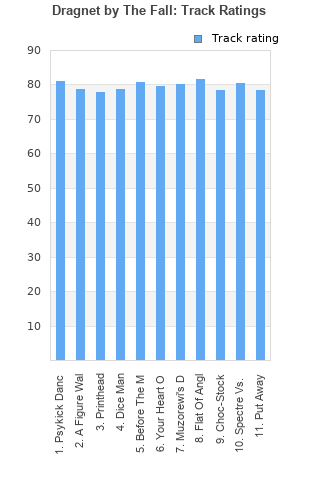 Rating metrics: Outliers can be removed when calculating a mean average to dampen the effects of ratings outside the normal distribution. This figure is provided as the trimmed mean. A high standard deviation can be legitimate, but can sometimes indicate 'gaming' is occurring. Consider a simplified example* of an item receiving ratings of 100, 50, & 0. The mean average rating would be 50. However, ratings of 55, 50 & 45 could also result in the same average. The second average might be more trusted because there is more consensus around a particular rating (a lower deviation).
(*In practice, some albums can have several thousand ratings)
This album is rated in the top 8% of all albums on BestEverAlbums.com. This album has a Bayesian average rating of 75.9/100, a mean average of 76.4/100, and a trimmed mean (excluding outliers) of 76.4/100. The standard deviation for this album is 10.7.

For me Dragnet is a vast improvement on Live At The Witch Trials, it quite simply has better songs.

Spectre Vs Rector towers over anything they recorded in the late 70's, a classic tale of exorcism set to an eerie guitar line.

Flat Of Angles is also worth a mention as it is as catchy as the Fall could hope to be on only their second LP.

Psykick Dancehall is also quite infectious and was one of the few tracks of yesteryear that made a live comeback in the early 00's.

One of the best Fall albums. Even more raw and punky than, witch trials, and is none the worse for it. Printhead, dice man, muzorewi's daughter, are just three picks. Uncompromising record.

Your feedback for Dragnet